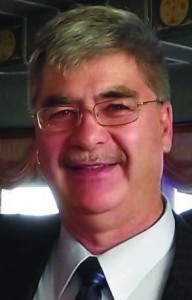 Incumbent Town Councilor 2008 -2018; Registered Social Worker BSW MSW  RSW(Ret.) in practice for 38 years; Resident of Ladysmith for 25 years; Married for 40 years with two sons, Matthew 33 and Christopher 28 who were raised in the community; A proud parent of both who are local athletes and graduates of the Primary, Intermediate and Secondary schools of Ladysmith; Registered Metis Citizen MNBC; Vice President of the Vancouver Regional Library board; Vice President Tillicum Selum Housing Society 2014-2018. "There is still work for me to help do in the areas that inspire us toward a better community for all."

THEREFORE BE IT RESOLVED that UBCM request the provincial government to develop a funding program that facilitates local government acquisition of both the watershed and adjacent land for those local governments with water systems on privately owned land;

AND BE IT FURTHER RESOLVED that all activities in watersheds used for drinking water be subject to final approval and control by affected local governments and the Ministry of Environment (MOE), and that MOE be legislatively required to ensure that the quality and quantity of water in watersheds meet provincial health requirements.

I am a registered Metis citizen. My motion to recognize Louise Riel Day in Ladysmith was endorsed.

Nisga’a Nation Treaty negotiations were signed off when I was a Cabinet appointed staff member. I have a copy of the Nisga’a Treaty signed by Premier Glen Clark, Chief Joseph Gosnell, and both Ministers of Aboriginal Affairs during the negotiations Minister Dale Lovick and Minister Gordon Wilson.

Have a copy of the Truth and Reconciliation Report signed by Chief Robert Joseph and photocopies of the MOU’s between the SFN and TOL under the leadership and commitment of our two Councils which I signed.

‘The entire CVRD watershed and every watershed in the province needs to be owned , controlled and managed by the public for current and future generations ’ writ large.’ Refer to question 2 answer

a - Protection and preservation of our watershed resources. Refer to question 2

c- Mitigate the unintended consequences of marijuana legalization especially edibles on vulnerable children and youth. Spoke at UBCM 2016 and continue to speak for consistent regulation amendments across all 3 levels of government safeguarding and ensuring  vulnerable children and youth are protected from any negative consequences of Marijuana legalization particularly edible products in response to the all UBCM Marijuana  resolutions.

I will continue to be me as I’ve always done and communicate with empathy and integrity in the manner I have my whole life which seems to work given I am seeking a 4th term.