A Day of Faith

On April 28th I traveled to Burnaby mountain.  I belong to the One Cowichan group that has signed up to support those on the ground opposing the Kinder Morgan pipeline expansion.  More than anything, people are needed in Burnaby so we committed to network with as many friends and like-minded people as possible and show up when there is a call to action by the Coast Protectors and protecttheinlet.ca.

I arrived in Burnaby just before 9 am.  The morning started with a walk from the soccer field settlement to the Watch House.  The Watch House was built, according to indigenous tradition, to watch the enemy.  Looking through the chainlink fence you can see various kinds of machinery, piles of sand and dirt, stacks of clear cut logs and even solar panels tilted towards the sun.  Who knew?  We were then led by Evelyn, an elder of faith and Cedar George toward the gates of the Kinder Morgan property.  No rain yet.

Just as the walking congregation arrived at the gates, they opened and a large tank truck started to exit.  A young volunteer wearing a high viz-vest positioned herself in front of the truck, which slowly came to a stop.  Quick communication took place and people holding up a large yellow banner moved over, covering the width of the road.  The truck started to reverse back into the still open gates.  I noticed a Kinder Morgan worker holding a phone to his ear.  The RCMP were being called.  It started to rain.  The gates closed.

And so another day of action and resistance begins. People of faith started attaching prayer flags, rosaries, scarves, and written messages of all kinds on the closed gates.  This was followed by an invitation for everyone to add to the colourful and tactile mosaic.  Then speeches, music, chanting, prayers, drumming, singing, and dancing representing our world of cultures and religious beliefs.  A Muslim speaker talked of “the ritual of resistance”.  The Buddhists vowed “to protect all beings”.   We were encouraged to talk to the people standing next to us, share our reason for being here on a rainy Saturday in April. 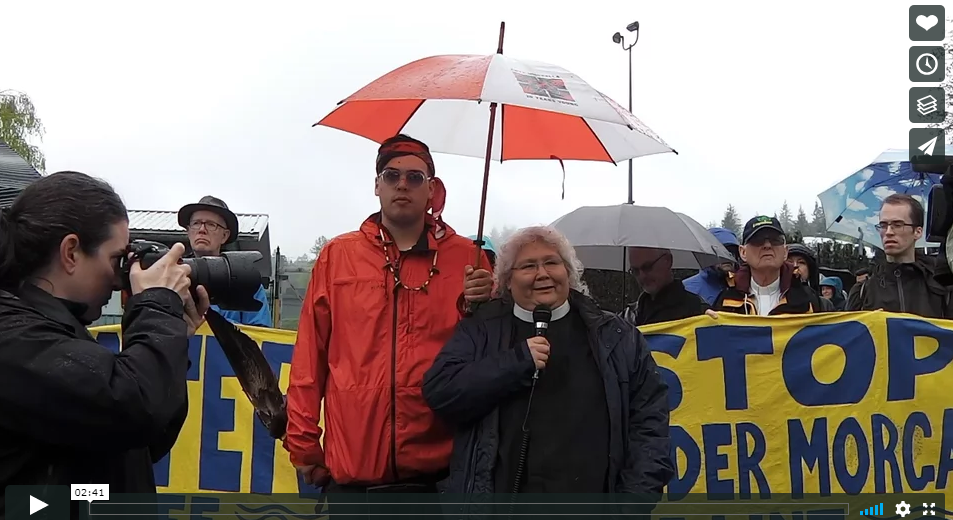 In a world of fake news and alternative facts this is as real as it gets.  Tsleil-Waututh leaders often mention that they are a kind people, they always have been and they are not going to change because of this threat to their way of life.  The Tsleil-Waututh Nation was once 10,000 strong.  Now they number around 500.  And still they are kind.

I recognized a few of the volunteers from my previous visits.  I think some are living here, either at the Watch House or in the settlement located on the soccer field.  It is an inspiring enterprise, which has been organized into a casual formula of cooperation and process.  I cut my finger, I easily found a medic with a vast selection of bandages.  An electric vehicle was parked nearby as a warming station.  Food and beverages were available under open sided tents with chairs.  The atmosphere was welcoming and authentic.

I wondered across the street to Camp Cloud.  This haphazard looking encampment is deceiving in it’s orderlessness.  Behind two mismatched swing doors, which only keep the small camp dog in, is a large space with a fire in the middle.  The sacred fire.  It has been burning since late October.  There are signs around the fire indicating the behaviour required.  No taking photos of the fire, no swearing, no one can add or tend to the fire but those on shift.  I asked if I could join them and gratefully started to warm my wet, numb fingers over the flames.  This camp is run jointly by indigenous and non indigenous people.  There has been someone living here since the fire started burning and many different kinds of accommodation are present.  I talked with Xenoa, one of the founders of Camp Cloud and learned that they woke up this morning to find black spray painted graffiti on the women’s safe space building, on a volunteer tent and on many handmade signs hung on the outside of the camp walls.  “Protesters Not Welcome”, “F*#k off”, “Go Home”.  There is also a petition that has been signed by over 170 nearby Burnaby residents who want to shut down Camp Cloud.  A meeting of the city council is scheduled for Monday night to discuss everyones concerns.  However, just the day before, Friday, the city of Burnaby installed concrete barricades along Underhill Avenue to protect the camp and this work was going to continue on Monday.  Xenoa actually worked with the city workers all day who were interested in his input and took his direction regarding placing the concrete structures in the best place to protect the camp and pedestrians at this sometimes very busy intersection.  Like so many situations these days, it is very complex.

This, as my father would say, is history in the making.  An indigenous led resistance emphasizing truth, honesty and love.  Learning as they grow.  And it is growing, each day, each week.  Groups of people who saw more differences than similarities in the past are now discovering they have many common concerns and ideas.   Unusual relationships are being forged across boundaries we once thought were uncrossable.  Everywhere, new conversations are taking place.  The world is watching and I feel honoured to witness these historical events.

We welcome anyone who is concerned about this massive fossil fuel infrastructure project to contact [email protected] and become part of the growing resistance. 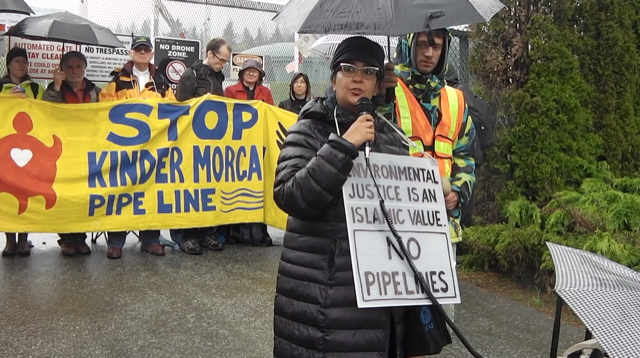 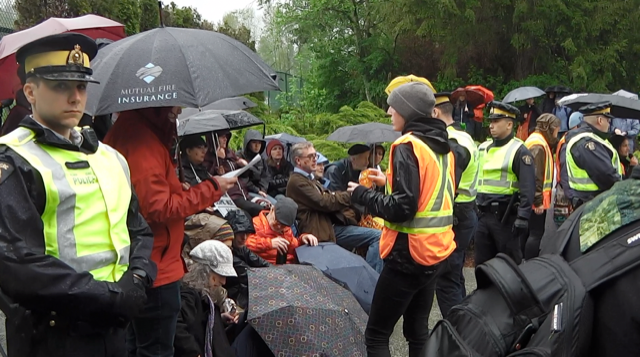 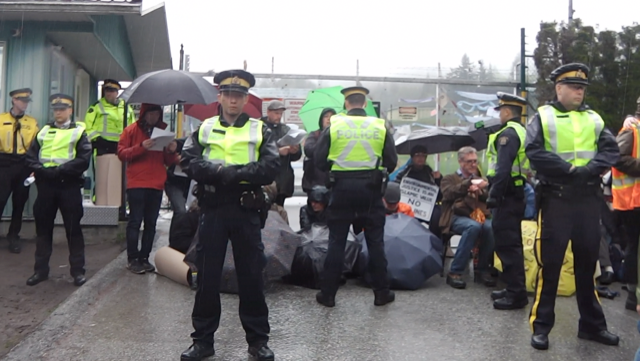 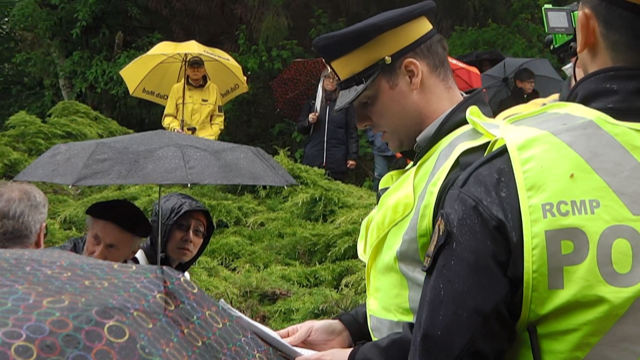 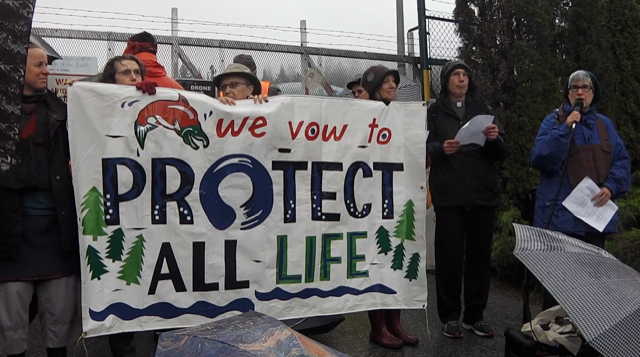