I must confess to being a bit of a weather geek.  I have always been interested in weather patterns and have actually read several books on weather forecasting and climatology.  My wife, sensing this, gave me a very cool weather station for my birthday this year. 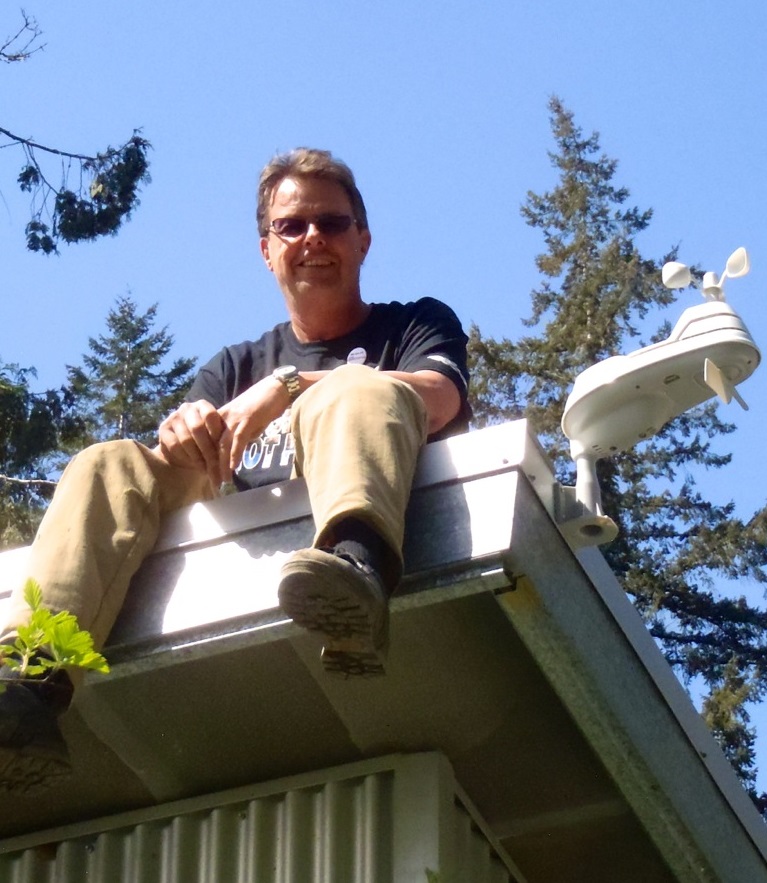 This device automatically reads temperature, humidity, rainfall, wind and many other factors.  I am now streaming continuous weather data to a group of other proud weather geeks called The Weather Underground from my base station on the Cowichan River in Lower Sahtlam.  There are four other “Wunderground” stations in the Cowichan Valley and several thousands across North America and all around the globe.

All this data is available on the Weather Underground site and historical data is always available for every station on the grid.  I am not alone in my interest in the weather and climate.  In a recent statement, US President Obama showed that his administration shares my interest and concern about our weather and changing climate.

The US government has just released the third National Climate Assessment, a report developed over several years by over two hundred climate scientists.   The report states that climate change is not some theoretical concept of what our future has in store but it is here now and is affecting our world every day.  For the first time, President Obama drew direct links from recent extreme weather events to climate change.  A warming atmosphere carries much more water and the principles of thermodynamics dictate that more water in the air delivers much more energy to weather events.

Four of the major conclusions in the report are that the US Southwest will continue to suffer drought and high temperatures, Alaska will melt, coastlines will be threatened by large storms and rising sea levels and agriculture will be put under stress in many areas.

Agricultural production in California will be reduced due to lack of water, which will increase food prices here.  The warming Arctic region has had the effect of slowing down the jet stream and causing it to meander like a river in a low gradient valley.  This slowing jet stream stalls weather systems, allowing them to dump rain for longer periods of time in specific areas, as demonstrated in the Calgary floods last summer.  Superstorm Sandy demonstrated the kind of things that will happen on the coastlines of the world.  For the next 20 to 25 years agricultural production will initially be resilient in areas with ample water resources due to the longer growing seasons and increased CO2 levels in the atmosphere.  As temperatures increase and rainfall patterns continue to change, agriculture will be challenged in the last part of this century.

This report underlines the importance of preparing our community to deal with the continuing effects of our changing weather.  Local food security and increasing water storage in our lake are two of the major concerns of our community leaders, First Nations and conservation groups.   One Cowichan is tackling the bigger picture with its current organizational campaign highlighting oil pipelines and not only the ecological concerns but also the whole idea of rapid exploitation of fossil fuel resources.  We all know that oil is a precious commodity, needed for all facets of life as we know it, and it makes sense to use it sparingly as we transition to alternative energy systems.  Our climate and our economy are going to change in the near future and it is time to start preparing our society for these changes.

“Resilience” is the title of  local film maker Nick Versteeg’s film documenting what our community is doing today to build resilience to climate change into our watershed.  It was very encouraging that Lake Cowichan School showed it to their students recently and I was present to witness the student’s reactions to the film and answer some of their excellent questions.  Our youth will be most affected by climate change and it is critical to get them engaged in the solutions.