Are You On The Bus?

On a recent drive home along Old Lake Cowichan road I was looking at the cedar trees there.  I noticed almost all of them were more gray than bright green and many had lots of brown branchlets on them.  They did not appear to be happy.

The reason for my interest was inspired by something I had heard at a recent Watershed Board Speaker Series event called “Nearing the Tipping Point”, a very interesting presentation by UVic climatologist Dr. Richard Hebda.   He explained that many of our cedars are suffering from drought, particularly this winter because their shallow roots are not getting enough moisture.  The change in our precipitation patterns combined with the higher temperatures that are coming will make much of our area unsuitable for cedar trees in the near future.

He said that 97% of climatologists agree that global warming is here and it is being caused by human activities.  He added that the title of his talk should be changed because recent measurements indicate we have already passed a couple of critical tipping points.  Our atmospheric CO2 levels have risen above 400 ppm, we have already warmed by 0.7 C and we are committed to a minimum 1.5 C increase.  The last time the CO2 levels were at 400 ppm, sea level was 5 to 7 meters higher than it is today due to arctic ice melting, which is now occurring, and there were forests on Ellsmere Island.  In order to keep the global temperature rise at 1.5 C we must reduce our CO2 emissions to 20% of what they are today immediately.  Clearly that is not going to happen.

The “Polar Vortex” that can give us our California-like winter temperatures while freezing out the east, as well as the recent floods in Calgary, Toronto and Colorado are the effects of a slowing and meandering jet stream that is caused by increasing arctic temperatures. 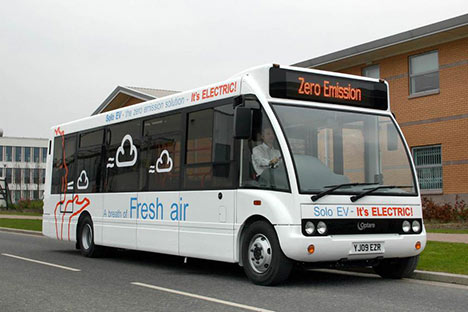 He also said that most climatologists got it wrong, they were too conservative in their predictions and our planet is warming much faster than all but the boldest among them ever thought was possible.  Fascinating satellite photos of California taken January 13 showed almost no snow in the mountains and none in Nevada, the Central Basin was brown.  The same shot taken on the same day last year showed Nevada white, lots of snow in the mountains and a green Central Basin.  California has just declared a state of emergency for water.  They must cut their water usage by 20% immediately.  The days of cheap food from thousands of miles away are numbered.

Dr. Hebda had some good suggestions about what we can do to deal with this new reality.  We all must do what we can to reduce CO2 emissions.  We should plant more trees and grow more food locally.  We should also slow deforestation in our watershed.

He then pointed out the folly of spending billions on a pipeline to ship our oil to China where it will burned to make cheap stuff that won’t last and ship it to North America.  By the time the pipeline could be completed the rapidly changing climate will be battering the world economy and there will be much less demand for the Chinese products as well as prohibitive transportation costs which are likely going be the biggest game changer.  Hebda suggests we should instead divert that money and those jobs into development of alternative energy technology and massive reforestation projects.

Neil Young has recently brought the tar sands situation into the media spotlight with his “Honour the Treaties” concert tour.  The tour has raised money for the Athabaska Chipewyan First Nations (ACFN) legal fight against the Federal government over the lack of consultation about the expansion of tar sands projects in their territories.  Neil kept a very interesting blog about the tour at www.facebook.com/NeilYoung.  In the blog he points out the need to curtail CO2 emissions and discusses the impacts of tar sands expansion.  He talks about how the cancer rates in the ACFN have risen by 30% in recent years and how the Provincial and Federal Governments refused their request for an inquiry on this issue without the participation of lawyers representing Big Oil.  He has always been at the forefront of activism since his music career started in the 60’s.  I found it curious that he always refers to himself as the Passenger in the blog, then I got it, he is on the (biodiesel) bus when writing the entries.

Back in 1968, American author Tom Wolfe wrote a book called “The Electric Kool-Aid Acid Test” that chronicled the adventures of Ken Kesey and his band of “merry pranksters” as they crossed the country by bus.  The bus would stop at big cities and small towns and the pranksters would try to convince the local populations of the power of love, compassion and electric kool-aid.  Electric Kool-Aid was just regular Kool-Aid with a small but very powerful additive that allowed the pranksters to see the world in very different ways.

In any case, an expression came out of the tour and book that caught on and was used frequently over the next few years and into the Nixon era.  “Are you on the bus, or off the bus?” was commonly used to determine if you were a progressive thinker, concerned about the state of the world and wanting to change it or you were a status quo person, supporting the hated Nixon government, military industrial complex and emerging global corporations.

Neil is definitely on the bus, where he has always been.  There is a new bus being built today that is much bigger, with room for everyone.  Paradoxically, it is also quite nimble and is very quick to respond to current conditions.  Unlike Mr. Kesey’s bus, which ran on diesel oil, love, compassion and a touch of electric Kool-Aid, the new bus is a zero emissions vehicle.

The new bus runs on love, compassion, courage and the elbow grease of all of its Passengers.   I hope you will join us on the bus by signing up to volunteer on this site and help us get to our destination.  There will be several stops along the way and we will visit them one by one.  Your ticket never expires and you can travel as far as you want.

When you get on the bus be sure to tell the young people in your family and community why you did it.  Our journey is being taken more for them than for those of us who might have been on the bus the first time around.  The decisions we make and the direction we take in the next handful of years will determine the quality of life that will be experienced by our grandchildren.  None of you will be disappointed to hear that there will be no electric Kool-Aid this time, just delicious Cowichan water, in recyclable bottles.

So climb aboard and enjoy the ride.  It is going to be fun and we all will feel good about doing what we can for future generations.