Kudos to panelists Cara Pike, Erik Piikkila, and John Scull for providing insightful responses to a wide range of questions from the audience. For those who weren't there, here are four video excerpts from the community discussion.

Thank you to everyone who came out for the film and discussion. It was especially great to have several elected officials in the audience, including our MP Alistair MacGregor and Municipality of North Cowichan councillors Rosalie Sawrie and Rob Douglas.

Also, shout-outs to Valerie Russell for moderating the discussion; Jane Kilthei and Veronica Haits for providing updates on One Cowichan's efforts; Catherine Wallace and the One Cowichan events team for organizing the evening; and Duncan United Church for being such gracious hosts. And, a big thank you to "Beyond Climate" director Ian Mauro for making his film available to us.

There was general appreciation Tuesday night for the recent climate emergency motions passed by the City of Duncan and Municipality of North Cowichan. Hopefully, by the time of our Charged Up! event on September 21, the CVRD, the Town of Ladysmith and the Town of Lake Cowichan will have passed similar motions conveying their intentions to step up their game on addressing the climate crisis. 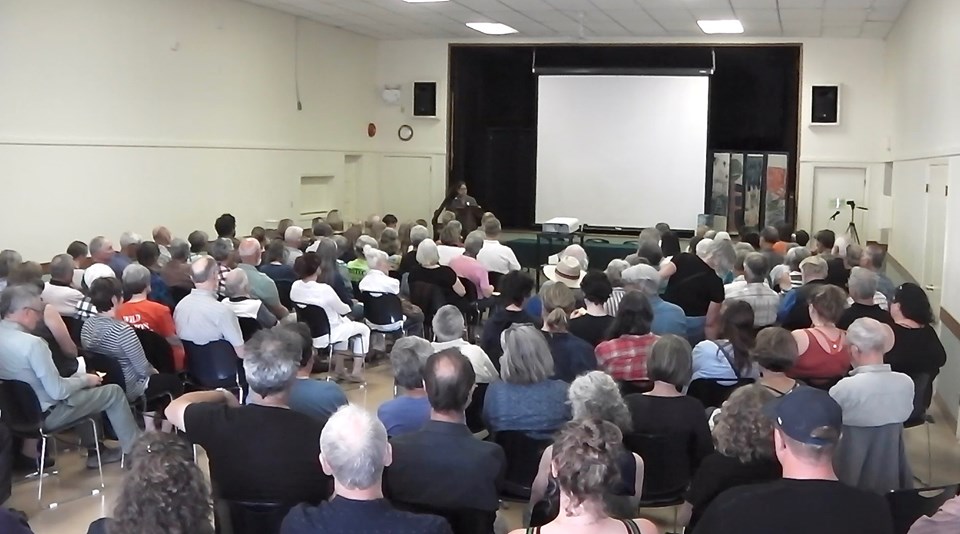