Join the One Cowichan Maple Bay team as they host a talk on Climate Reality. A discussion about how citizen's of the Cowichan Valley are getting involved in a potential citizen's initiative around the Northern Gateway proposal and other local issues will follow.

The Climate Reality Project Canada (Climate Reality Canada) is a non-profit organization that serves as the Canadian component of a global movement of more than 5,000 diverse and dedicated volunteers from around the world. These volunteers have been personally trained by former US Vice President and Nobel Laureate Al Gore to educate the public about the science and impacts of climate change as well as solutions to address the climate crisis. Volunteer Climate Leaders trained by Al Gore have already delivered presentations to over 7.3 million people worldwide.

Valerie Russell was born in the San Francisco Bay Area and graduated with a degree in Genetics from the University of California at Berkeley. She moved with her husband to the Cowichan Valley 28 years ago, where they raised three children. Currently they share their passion for organic gardening by running a hobby farm in Maple Bay. Valerie is a teacher at Dwight School Canada in Shawnigan Lake, where she instructs grades 10, 11 and 12 students in math, biology, and environmental systems. In addition she is the school's fencing coach, as well as heading the environment and stream keeper's groups. In 2012 Valerie was invited to train with former Vice President Al Gore to become a Climate Reality Leader and is currently presenting climate change talks throughout the Cowichan Valley. 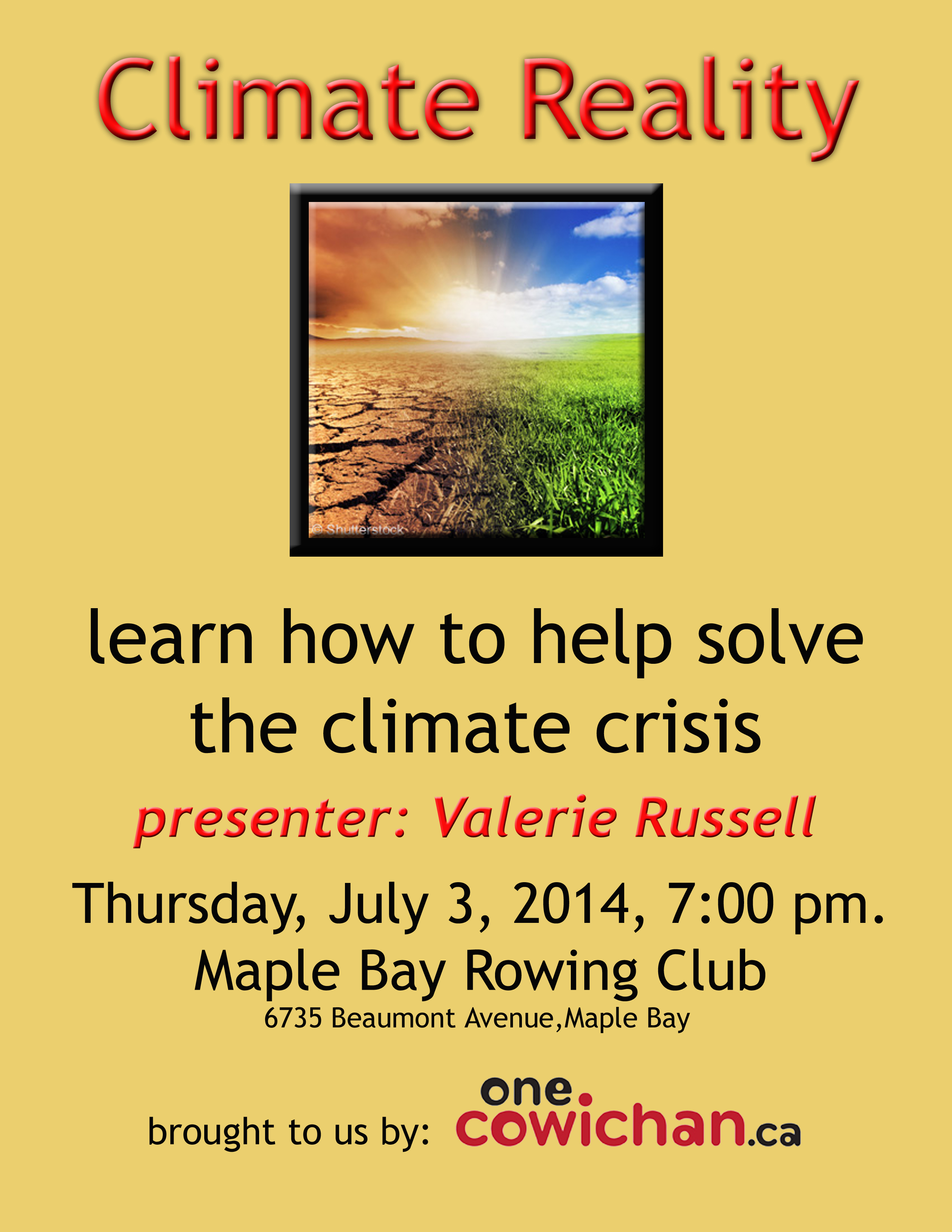