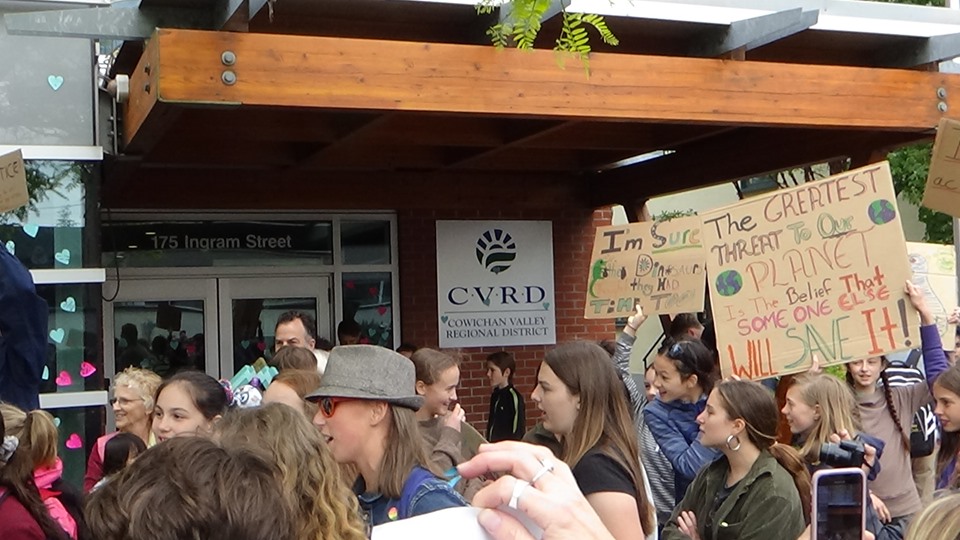 The CVRD has taken a step towards acknowledging the climate emergency and identifying options for accelerating its climate action.

On Wednesday a delegation visited the CVRD Regional Services Committee to ask for more climate action and to present a petition of over 1,800 local citizens asking for the same.

Ultimately, two things received near unanimous passage at the Committee:

The discussion around the motions varied between councillors saying they are already acting on climate to others saying they need to do more.

It’s hard for the public to evaluate that conversation in absence of clear numbers on where valley emissions are currently at and where they are projected to go with and without various policy choices in place. But, given scientists are calling for a halving of emissions in about a decade and reducing them to net zero by 2050, there's little chance enough is already being done. In fact, valley emissions are probably still going up.

Perhaps the staff report can begin to shed light on that question, although one cause for concern is that there was no timeline given for the production of the report, unlike other local governments which have asked for something within 60 or 90 days along with their emergency declarations.

The real work is still to come, both in terms of whether the full Board approves a statement on climate emergency, and whether councillors actually put into place accelerated climate action based on the options staff put in front of them.

One Cowichan would like to thank councillors and staff for their time on this, thank the dozens of organizations and many hundreds of individuals who went on record calling for more climate action, and thank the volunteers who have put so many hours into working on this issue.