On July 17 I got a message from a former employee in the film business in Vancouver.  She wanted to know if I had declared it to be a “Full Bummer Summer” (FBS) yet.  What is an FBS you might ask?

I was a producer in the film business, often shooting outdoors.  It was important for me to have a pretty good handle on the weather.  I would study climate data and knew in Vancouver it often rains a lot in the spring but that it usually stops around the 15th of July and doesn’t rain again until the weekend of the PNE parade, around the end of August..  This pattern was very reliable and I would remind everyone that we shouldn’t complain about the bad weather until after mid-July. 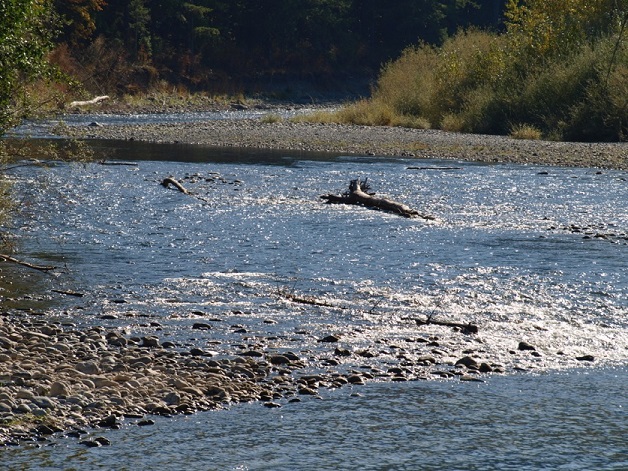 It follows that if it is still cold and raining after July 15th you would be quite correct to declare a FBS.  I reassured her that the long range forecast does not support the FBS declaration and she could plan for good weather for the rest of summer.

Here in the Cowichan valley we might think we got close to the FBS designation this year.  We had a cool and rainy June and early July.  We have had more than 10 times as much rain so far this summer than we had all last summer.  Then why are we in worse shape for water storage this year than last?

The problem we had this year was the very hot and dry weather we had in April and May.  Although we had lots of rain in February and March it did us no good because by provincial regulation we cannot store it in the weir until after April 1.   The hot weather melted our snow pack early and the lack of precipitation led to a very low lake level that we have not yet recovered from.

We have been releasing the bare minimum of 4.5 cubic meters per second (CMS) into the river since May in order to conserve as much water as possible for the fall.  The June and July rains and cool weather have helped to slow the rate of decline of our lake level but not enough to ever get to the levels we had last year.  The rains we had in early summer did not amount to 4.5 CMS inflows to the lake and because 4.5 CMS has been going out every day, we have less water in the lake today than we had a year ago, which also saw low levels.  Summer inflows to the lake can be in the 1 CMS range so the rate of decline in lake level ramps up at this time of year.

If we had the FBS designation and it was still cool and raining we would have crossed over the graph of last year and be in better shape, but that did not happen.  The rate of decline in the lake level is now paralleling and below last year.  We are now in the traditional dry summer period and should not expect any significant rain for the next several weeks.  If we are very lucky it will rain on the PNE like it did last year but if it doesn’t our projected date for zero storage is somewhere around the first week of September.

Catalyst is now preparing to pump water over the weir late this summer if we should reach zero storage.  This would involve diesel generators running 24/7 in the parking lot by the boat lock.  Up to 20 submersible pumps will move 5 CMS over the weir and draw the lake down lower than it has ever been since the weir was installed in 1957.  They are permitted to pump for up to 49 days and are allowed to draw the lake down by up to 2 feet.  The best estimate today is that the pumping may be required for about 4 weeks to keep the river going and the mill operating until the fall rains come.

Clearly, this is not a pretty picture.  Catalyst will hire riparian monitors to keep an eye on the sensitive riparian areas around the lake that will be exposed for the first time over half a century.

Engineering studies on the current weir are being done to determine if it can handle an additional temporary storage of 1 foot with results expected by the end of August.  If this is positive an application for temporary increased storage with flash boards on top of the current weir will be made.  This will involve a long regulatory and public consultative process with expected appeals that would preclude any increased storage possibility before 2018.

The first steps toward building a new weir have been taken.  A meeting between federal, provincial and municipal agencies, First Nations and representatives of the sport fishing community arrived at a consensus for required river levels during the spring, summer and fall seasons.  These levels will be used by engineers who will determine the required weir height to meet these flow requirements.

It’s Groundhog Day, here we go again, the angst and worry about our river levels is with us again this year.  The hot, dry spell is upon us and when it will end is out of our hands.  What we can do is show your support to our community leaders for the quest to increase water storage in the summer.  The details of how this will happen are being worked out and about all we know is that we have a few years to go before a new weir is a reality.  Until then we will just have to hope for more Full Bummer Summers.