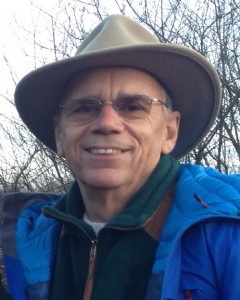 If this proposed merger passes, our money could be used to leverage larger projects in other parts of the Province. The main purpose of the proposed merger is to leverage larger loans for businesses. How does that help the individual member?  Island Savings members’ intent is to have their deposits available to other members of our community. The leveraging of larger loans doesn’t mean the loans will be available for local projects. We will now be in competition with other regions who could be using our money to leverage large projects in other regions. I suggest that big is not always better.

I believe the Board of Directors has not proven the need for the proposed merger.

Island Savings members recently received an information package outlining the Board’s rationale for the proposed merger.   The first point is that personal members will get access to First West’s Simply Free account. If that is important to members, then can’t Island Savings provide it without giving up control of our Credit Union to other regions of BC?

A further point used to rationalize the proposed merger is the increase in financial assets based on pro-forma financials. When I read the fine print at the bottom it says “external variables such as market rates, inflation, and other economic factors outside of management’s control may have positive or negative impacts on actual results. To me this says the business case projections don’t carry a lot of weight, yet this is the strongest business case the Board can make when they ask us members to vote in favour of this proposal.

In the documentation I received, regarding the proposal, there is a sentence that says “The proposed Asset Transfer Agreement was approved by a “clear majority”. To me this says some members of the Board were not in favour of the proposal. Why have we not heard what their concerns are?

I will not be voting in favour of this proposal and I ask that all Island Savings members come to the aid of their Credit Union and vote NO.