The new “Water Sustainability Act” (WSA) has just been introduced to the BC Provincial Legislature.  This act is a very welcome and overdue modernization of the laws around water use in British Columbia.  The last Water Act was over 100 years old.

Under the old act, groundwater was not regulated at all, allowing large companies like Nestle to pump water out of the Fraser Valley aquifer, bottle it and sell it in mass quantities for millions of dollars without having to pay a cent for the water they use.

We now live in a rapidly changing world, with the reality of climate change already being felt in changes to our precipitation levels and timing.  Rising temperatures also contribute to changes in our water supplies everywhere in the province.  Historical climate data is 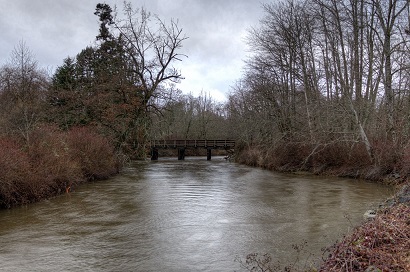 now largely irrelevant, creating huge challenges for our society to manage water resources and plan for the future.  Clearly, our water act was in dire need of modernization.

The general consensus among those who have reviewed the act is positive.  The act has largely delivered on the promises made during the consultation process, with no surprises included in the legislation.

Some of the positives are that groundwater use will finally be regulated and there will be serious consideration given to critical environmental flows in rivers when considering new license applications.   Water conservation will be improved by requirement for beneficial and efficient use.  Water sustainability plans will be developed giving consideration to critical environmental flows and agricultural uses.

There are concerns about the lack of acknowledgement of First Nations water rights as their traditional usage is not considered in the First in Time, First in Right doctrine used for prioritizing water licenses.  The practice of short-term approvals for industrial applications (fracking) is still in place and these approvals can simply be renewed over and over without public consultation and with little transparency.  There is great controversy over the very small charge for water usage in industrial applications and many believe the fees charged will need to two or three times the proposed levels just to pay for the administration of the WSA.

As with most new pieces of legislation, the devil is in the details and exactly how things will change will be dependent on regulations that will be developed over the next few years.  There will still be the opportunity for some public input during the regulation phase and many of our community leaders and local conservation organizations will be involved with this very important process.

One of the opportunities included in the act is the provision for delegating governance to qualified local groups so decision-making power and authority can be more locally focused.  This is a very exciting prospect to many of our community leaders and we will be working to convince the provincial government to allow us to demonstrate our willingness and capabilities to take control of decisions that affect our watershed.  Exactly how this will be structured is being considered and will be developed over the next year or so.

The new WSA is a step in the right direction and has included tools for water use planning that can be very critical as we build resilience to climate change into our community.

One Cowichan will be forming a working group to create support for the local control initiative being considered for our community.  We think it is essential for communities to have a say in what happens in their watersheds and the WSA has given us the opportunity to get some local authority.  We will be active in the coming months to be sure that Victoria is aware of our capabilities and desire to control activities in our watersheds and to plan for the rapidly changing future.