Revisiting the climate emergency - How fast do we need to act?

How fast do we need to reduce greenhouse emissions – locally, provincially and nationally - to do our fair part in responding to the global climate emergency?

Lately answering the “how fast” question seems to have almost everybody clambering aboard the "net-zero emissions by 2050” train:  governments, big business, investors, even oil, gas and mining companies. The BC NDP even campaigned on it in our recent provincial election. 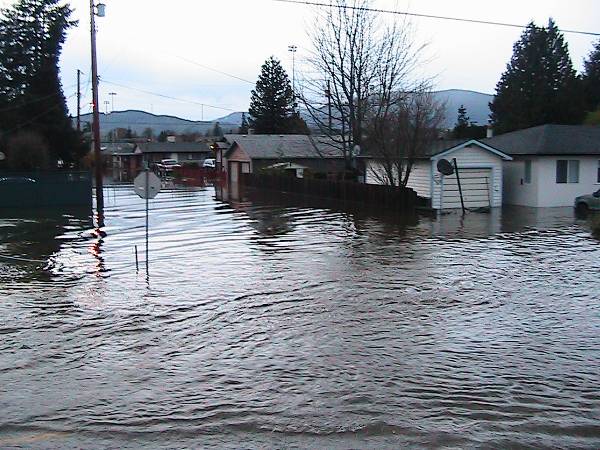 There’s a big problem with this response – The October 2018 “IPCC Special Report on Keeping Global Warming to 1.5°C”[i]  said we must cut our emissions in half by 2030 to have a chance of reaching that 2050 net zero emissions goal. “Net zero” means any remaining emissions generated from 2050 onward must be counterbalanced by absorbing an equivalent amount of greenhouse gases so atmospheric concentrations no longer rise. It’s this 2030 goal, and the year-to-year emissions reductions to get to that 50% reduction, that really matter. We were given 12 years to limit climate catastrophe, and so far we’re blowing it.

October 2018 was two years ago. Some towns, cities, and districts have taken more action than others, so we do have some models. More often acknowledgement of the climate emergency hasn’t been followed by effective action - not locally, provincially or nationally.

Collectively our elected decision-makers haven’t taken the IPCC’s warning, that dramatically scaled-up action to reduce emissions is urgently needed, seriously. Emissions continue to rise, albeit with a slight temporary slowdown due to the Covid-19 pandemic. Meanwhile critical ecosystems, here and around the world, are destabilizing under climate impacts much more rapidly than predicted. Even at 1.1°C of global warming, Arctic sea ice and the Great Barrier Reef are in a death spiral. The West Antarctic ice sheet passed a multi-metre sea-level-rise tipping point. Systems like the Greenland ice sheet and the Boreal and Amazon forests may also be close to tipping.  And there is still time to act to limit the damage.

It’s no surprise the November 2019 “UNEP Emissions Gap Report”[ii] said we now need emissions cuts between 55 and 65% by 2030 to have a chance of keeping within the 1.5°C limit. The EU just committed to a 60% emissions reduction by 2030.  More specifically the UNEP report warned that unless greenhouse gas emissions fall by 7.6 per cent each year between 2020 and 2030, the world will miss its chance to get on track towards the 1.5°C goal of the Paris Agreement.  We don’t have years, or even months, for yet another report. We need to act and plan simultaneously.

Since 2018 science more and more points to the need to reach “net zero” much earlier, at least by 2045. Australia’s National Centre for Climate Restoration’s “Climate Reality Check 2020 Report”[iii] concluded from their literature review that warming could reach 1.5°C as soon as 2030.  The science also says we are currently on a path to a catastrophic 3°C to 5°C of warming by 2100 – a future climate scientists say will be “devastating to most ecosystems and incompatible with an organized global community”.[iv]

Meanwhile, “Net zero by 2050” seems to be being embraced as an excuse to delay and keep on polluting for another three decades. Politicians in power insist that climate action is too expensive or that wealth must continue to be built on resource extraction with its high output of greenhouse emissions, never mind that expanding fossil fuel extraction and infrastructure has no place in a rational climate emergency response. Resource extraction and unsustainable developments also put the lands and waters of local and Indigenous communities at risk.  Increasing emissions also denies some of the poorest and least developed nations around the world their very survival.

"Net-zero by 2050" for every community and country around the globe is hardly fair when Canada's per capita carbon footprint is 23.8 CO2e tonnes per year[v], similar to per capital emissions in Australia and the US, and global average per capita emissions are 7 CO2e tonnes/year.

Developed countries like Canada – including our cities, towns, and regional districts - have economies that have benefited, either directly or indirectly, from fossil fuels for a century or more. We must commit to reducing our emissions further and faster than those who’ve contributed the least to carbon pollution so far.

From northern Inuit communities to our Quw’utsun neighbors living in the flood plain and reliant on local salmon runs, those who’ve benefited least from the extractive economy, are already in the front lines of the droughts, floods, storms and rising seas of climate destabilization.  While we’re all in this together, how we reach urgently needed emissions reductions must include a climate justice lens. Priority must be given to protecting those most vulnerable to climate disruption, ensuring they have the resources to adapt to unavoidable impacts. We must reduce emissions more deeply and more rapidly, and press our governments at all levels to seriously invest in reducing emissions.

We must also remember that adaptation is a parallel strategy to mitigation to address unavoidable impacts and risks.  It is not a substitute for the deep emissions reductions required because adaptation will not be sufficient for most of us and nature to survive 3–5°C of warming this century.

Decades of insufficient and outright inaction have eliminated options for a gradual response. To avoid climate catastrophe is a massive task. We have solutions, and applying them requires leadership, courage, commitment and investment, as well as setting aside ideological differences and using the best expertise and innovation we have. We’ve seen leadership, courage, commitment and investment in our response to the pandemic. This must now be brought to bear on the greater challenge of the climate crisis, remembering always that we cannot leave the vulnerable among us behind.

[iv] Kevin Anderson, Professor of Energy and Climate Change and joint chair in the School of Engineering at the University of Manchester and in Centre for Sustainability and the Environment at Uppsala University, quoted in Climate Reality 2020