This is certainly not our typical June. We are usually wondering, as the longest day approaches, where is summer? Not this year, no hint of the usual “Juneuary” weather, we have had a spectacular spring.

Climate change predictions suggest that this will be the new normal for us, warm dry summers. We are going to have to adapt to these changes in order for our community to continue to thrive. Looking over the most recent lake and river data shows that the lake is alarmingly low, lower even than it was in 2003 at this time. 2003 was one of the most severe drought years we have ever had, the river flow had to be restricted to about half the normal flow rate in order to keep it running at all until the rains finally came on October 17. We appear to be headed in that direction again this year, the second severe drought in the past 3 years now appears likely. Increasing water storage capacity in our lake is going to be vitally important for us to adapt to our dwindling summer inflows and increasing water demands. 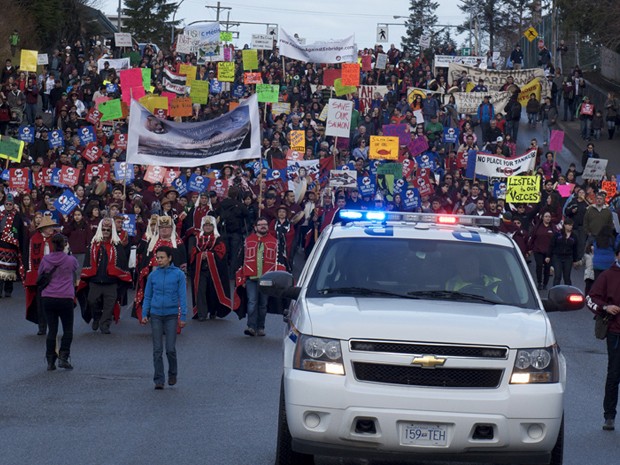 Put this news in context with Alberta, where again this year states of emergency have been declared in several cities due to extraordinarily heavy rain and potential flooding. Meanwhile in Ontario, several areas have been hit with destructive tornadoes. All of this is consistent with what climate scientists have been warning us about.

Our Federal Government has just approved the Northern Gateway Pipeline project, citing the Joint Review Panel recommendation that it would be in the national interest. Unfortunately, the Panel was told not to and did not consider the effects of climate change in making their recommendation. They based their decision on economic benefits and decided that the money was worth all the ecological risks posed by the project.

We are at a crossroad in our history. We, as a society, will have to choose a path. The path favored by our current government is to try to sustain economic growth by extracting our resources and shipping them overseas in raw form for money. An alternative favored by many progressive thinking leaders is to place a high value on our remaining resources and use them wisely here in Canada while transitioning away from fossil fuels.

Our current society cannot function without oil. Right now we use cheap fossil fuels not only for transportation but also for food production. Petrochemicals are used to manufacture plastics, fabrics and countless other things we take for granted every day. But these resources are finite; there is only so much oil on the planet and inevitably we’ll need to figure out other ways of meeting people’s needs.

Even setting aside the harsh reality of what will happen to our climate if we burn all that oil, we need to start getting serious about weaning our society off fossil fuels for energy and transportation. Many are questioning the wisdom of extracting this finite resource and shipping it overseas as fast as possible for temporary economic benefit. When all the oil is gone and the money is spent, then what?

The Federal Government is currently subsidizing the oil industry at the rate of nearly $800 for every taxpayer in Canada. We could choose to divert that substantial amount of money into developing sustainable alternatives to fossil fuels instead of enriching oil companies that already make billions. We must consider the future. The fate of our children and grandchildren is truly in our hands right now.

The next year could see the start of protests against the Northern Gateway pipeline, the likes of which we have not seen since the ‘60’s. There are many who see the peril in continuing our current course and will do whatever it takes to get the government to hear their concerns and think about how their decisions will manifest in the future. In this case the future is not the next quarterly jobs report or even next election cycle, it is a few decades from now. The next few years will be a very important time in our history. The choices we make now will determine the kind of world those born in this century will live in.