Over the past several months, the CVRD has convened a task force on options for local control over water, convening local actors and outside experts. It produced a report “Regional Surface and Ground Water Management and Governance Study,” prepared by Urban Systems Ltd. for the CVRD that can be found here (big file - will take a bit of time to download). One Cowichan participated in the meetings, and submitted the following comments on the report:

"On the whole, we like the report and believe that it broadly captures what we heard and experienced across the three workshops. We especially appreciate that Regional District / First Nations co-governance is strongly addressed and the transition steps are well thought out. 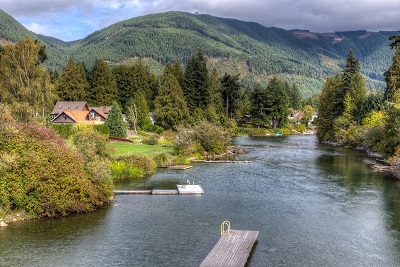 There are a few places where we believe the language around co-governance needs to be clearer. Option 4, the Regional Authority, with powers devolved via the Water Sustainability Act, is clearly set out as the only recommended option, and this fits with what we heard from the vast majority of workshop attendees.  However, we believe that more clarity is needed around accountable co-governance in the public interest, especially as it relates to the make-up of the Board of the RWA.

Overall the report is a great step forward towards sustainability in our watershed. Below are our concerns and our feedback about where we believe the report could be stronger and clearer.

We believe the concept of “whole watershed thinking” is very important and was key to many of the workshop presentations and much of the discussions in which we participated and we would like to see this included more clearly in the report. We need to strengthen how we look at the interconnections with and between our region’s watersheds and how all of the elements of each watershed interact with and have an impact on each other.  To have resilient watersheds we must look beyond the usual approaches to risk assessment and management.

Here are some specific suggested changes that illustrate what we are thinking.

From Page 1 we’ve highlighted (underlined) what we would add and pulled in connections to later pages.

More re: proposed composition of the Board of Directors for the new Water Authority:

When the reports gets into detail on pages 27, 38 and 43 there are references to FN involvement. However in outlining the Board of Directors of the RWA, FN involvement is only one bullet point among 7 which makes it sound more like a stakeholder approach that real co-governance. On pages 38 and 43 CVRD is listed as the “regional lead” and then it goes on to say “appropriate FN representation”. It is not clear what this means and how it brings in the concept of equal partnership. FN are not identified as being involved in the watershed inventory.  Given what FN elders and fish biologists know historically and currently about our rivers, this does not make sense to us.

We believe that an RWA Board entrusted to make decisions about our watersheds under the principle of co-governance needs to be primarily made up of elected CVRD/municipal representatives and elected First Nations representatives in roughly equal numbers.  These elected representatives would then be accountable for governing in the public interest. This structure would meet the objectives of co-governance and direct accountability.  If there are any non-elected members on the RWA, these should be few in number and their public interest role should be clear within RWA terms of reference. Non-voting members, or an active advisory body well–connected to the RWA, would be an effective way to ensure other stakeholders are included. This would ensure input to and support for the work of the RWA and could include health, fishery, groundwater and other technical experts, as well as representation from conservation groups and those industries that rely on the watershed and river flows and whose operations and land management practices have the potential to significantly impact  the health of the watershed - like Catalyst, agricultural operations and forest land owners and companies.

We believe the existing good collaborative relationships in the regions needs to be supported and built upon, and potential conflicts of interest need to be avoided in  terms of where actual decision-making rests.

“4. Under RWA leadership apply whole watershed thinking and a risk-based approach to decision-making and…”

The “risk-based approach” is described in more detail on page 28. We believe that without including a commitment to “whole watershed thinking”, which is critical to effective resilience analysis, our understanding of the systems dynamics will be vulnerable to missing the broader lens and the interconnected dynamics at play in something as complex as a watershed.  This will reduce our ability to identify emerging risks.

“…jurisdictional boundaries are not always clear, often do not align with the natural biological boundaries of our watersheds, and…”  This also relates to capturing the idea of whole watershed thinking.

“..and salmon have had to be trucked up the river to spawn, significantly increasing mortality…” The way this is currently written in the report makes it sound like trucking fish is a normal procedure and does not involved potentially significant losses of fish stock.

Finally, toward the end of the report we are uneasy with the thinking that, according to the recommendations of the report, it seems that few watersheds in the region will require a watershed sustainability plan and that a watershed has to be identified as at high risk before a plan is required. We believe that with a resource as important as water, and systems as complex as watersheds are, all of our watersheds should have sustainability plans unless a very strong case can be made that a particular watershed is in excellent health and at low risk."