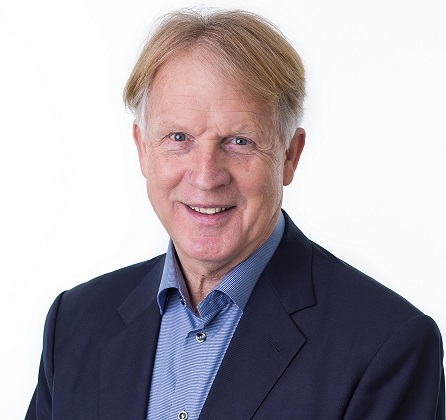 1. How do you plan to address the affordable housing issue across the Cowichan Valley?

Today’s BC Liberals have taken significant steps to increase affordable housing. Since 2001, $6.3 billion has been invested in house for low-income British Columbians, vulnerable seniors and families. This includes $920 million last year to acquire, construct and renovate 5,300 rental housing units - the largest investment in a single year in Canadian history. With this funding, we have committed to 22 projects and nearly 900 units of housing on Vancouver Island.  In Cowichan, more than $5.2 million was allocated last year to assist some 885 households.  If elected, I will ensure these investments continue and will be a strong voice for the resources we need.

2. How would you transition to a sustainable economy that will support local business and create reliable, living wage jobs for residents in Cowichan?

I believe in a strong, growing, and diverse economy that creates good-paying jobs for British Columbians. BC is leading the country in economic growth with the lowest unemployment rate in Canada.  If elected, I will promote:

A good job is the best way to look after the people we love.  Since the BC Jobs Plan was introduced, BC leads Canada with 222,200 new jobs.

3. What do you consider to be the top priorities for improving education and, if elected, how will you work to ensure these priorities will be addressed?

I believe education is about putting students first. BC’s total education budget for public and independent schools is $5.9 billion.  In School District 79, per pupil funding is $9,154, up almost 50% from $6,230 in 2001/02 when the BC Liberals were elected government.

BC’s students consistently achieve high scores in international studies. BC is ranked first in the English-speaking world on student outcomes in reading, science and math. Our plan for education is working and I’ll continue to strive for additional student successes in the future.

4. What do you consider to be the top priorities for sustaining a healthy environment and, if elected, how will you work to ensure these priorities will be addressed?

I support balancing economic development with environmental sustainability - human health and the environment must be at the forefront of every decision made.  Technical experts must use the best available science to make evidence based decisions.

The BC Liberal government has long been recognized as a global climate leader, with North America’s first broad based, revenue-neutral carbon tax and the first to have a carbon-neutral public sector.  Our Climate Leadership Plan contains actions ranging from transportation and industrial sectors to the built environment and government operations.  If elected, I will support these initiatives to keep our environment safe.

5. What do you consider to be the top priorities for better health care in Cowichan and if elected, how will you work to ensure these priorities will be addressed?

Ensuring we have more doctors is critical – the BC Liberal government is training more doctors than ever and we are above the Canadian average for doctors per capita. As your MLA, I will work to further improve access to Primary Care in the Cowichan Valley.

And the government is investing $90 million over the next three years to bring integrated team-based primary care services to more communities like ours. This model will benefit seniors and those with complex health needs – helping to keep them healthier, more independent, and out of hospital.

6. If elected, how will you support moving forward on reconciliation with First Nations in British Columbia locally within our riding?

BC Liberals are committed to working with local First Nations leaders and Aboriginal people towards meaningful reconciliation.  As government, we have worked closely with First Nations and Aboriginal people to improve the quality of life through new economic partnerships, resource development revenue sharing, and closing gaps in health, education, skills training, and employment.

If elected, my priority will be to continue fostering greater economic prosperity in First Nations communities as part of reconciliation – as this creates jobs and opportunities for everyone. By working together, we will continue to build stronger, healthier and independent First Nations Communities.

7. One Cowichan has been facilitating a petition for the federal government to allocate adaptation to climate change infrastructure funds to raise the Cowichan weir for the Cowichan River. How will you work to bring the provincial government to the table as an active partner to move this initiative forward?

The BC Liberal government has a proven track record delivering federal and provincial infrastructure funding for the Cowichan Valley. In just the last year, the following projects have received funding:

The federal government’s 2017 budget includes an allocation for climate mitigation and adaptation projects. As your MLA, I would be pleased to work with our local and federal governments to ensure these investments continue.

8. What made you decide to run in this election?

As a former reporter covering BC politics, I got to see first hand the difference between good policies and bad policies and the impact they have on the well being of the province and its citizens. I decided that I wanted to play a role in developing a better British Columbia through prudent spending and common sense policies. As an active volunteer in my community, I want to help make BC a better place with equal opportunity for all British Columbians to support their families so that children can grow into healthy, responsible citizens.