Just days after a federal court ruling stopped construction of the Trans Mountain pipeline, we decided to go ahead with the build we had already been planning for a few weeks. I was honoured when asked to be the lead carpenter for the build. Our six-person organizing team wrote a proposal to the UVic administration outlining our plan and we received permission to build on campus beside the Student Union building. That one sentence sounds pretty straightforward and simple, but really it wasn't. We were given nine conditions, from liability insurance to construction fencing, 24/7 site security and creating a volunteer waiver and five days to fulfill all the conditions. We met all the conditions and started the build on October 15. An amazing ten days later, working with more than 80 volunteer builders and spending $8,000 on building materials, Tiny House #5 was finished. I could describe in detail how the build went, but I made a short video instead. 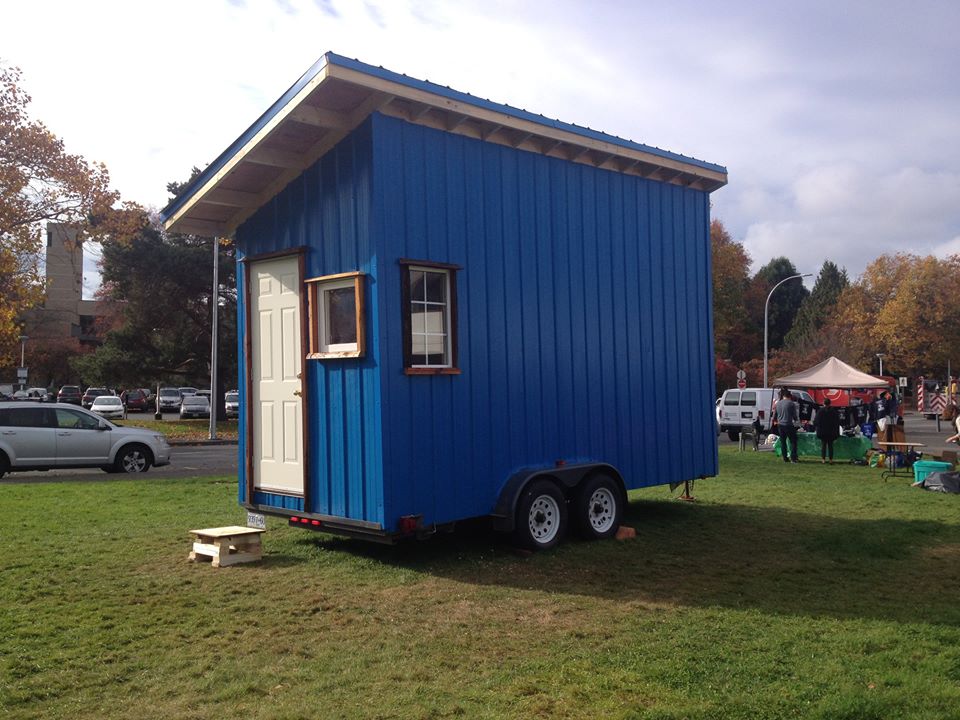 I met so many great people and experienced countless enthusiastic learning sessions. The entire project was volunteer-driven and independently fundraised. When no one is being paid to be there, everything is different. We go slowly. We stop and think about things before rushing into a particular project with a power tool. We decide together which task would be the best fit for a volunteer's ability and interest. We collaborate. We learn new things. We respect the tools. It was a blast. Students missed classes, friends called in sick for work. How often is it that you can show up, learn a new skill AND help stop fossil fuel expansion?

Building a shelter for the Secwepemc resisters is connected to so many issues that plague our society today. Reconciliation, housing and homelessness, climate change, inequality, access to free learning, experiencing community. One reason I build tiny houses is because it helps with the despair I feel when our elected leaders speak about the expansion of fossil fuel infrastructure as "good for the economy." How much longer can they ignore decades of scientific research? Two years? Five years? According to climate scientists, we have 12 years to make urgent and unprecedented changes. How much longer will Canada be in the oil pipeline building business? I don't know, and if fossil fuel development continues as it's going into the next decade, our future is at huge risk.

The product flowing in this pipeline that the federal and Alberta governments want to twin is toxic to breathe and deadly for any sentient being to drink or swim in. We know the risks. Spills and leaks are inevitable over the life of a pipeline and of the tankers that carry that diluted bitumen across the ocean. But somehow, money seems to push the science into the background, along with all the warnings about the risks to the health and wellbeing of marine life and humans, in favour of those who believe this pipeline is in the "national interest." Some say we are addicted to oil. That may be true, and I believe many of us are also addicted to money--like a stinky smoker who continues to puff away knowing this might be the reason they will eventually fall ill and die. More money, more stuff, more of everything.

Tiny houses are about less. Less space, less greed. What we need more of is collaboration, cooperation, inclusion, diversity and human connection, and that's what we experienced on the Tiny House #5 build this fall at UVic. We're also building a new story of what is possible when we work together. 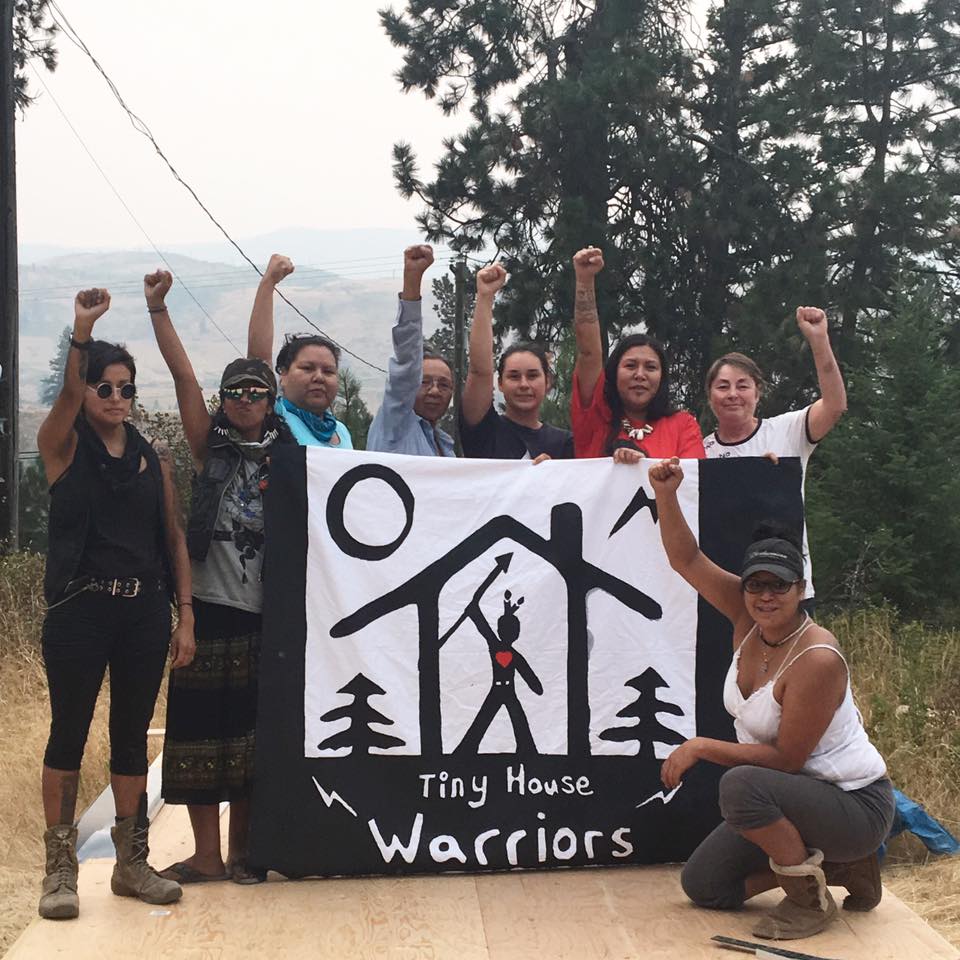