We Have A Plan

After several decades of meetings, discussions, ideas and arguments we finally have a plan for water management in the Cowichan watershed.

Long-time river guide and protector Joe Saysell told me recently that he and others have been aware that we need to store more water in Cowichan Lake in the summer since the mid-seventies.  Joe could see the decline in fish health caused by low spring and fall flows in dry years.  There have been several efforts to raise the weir since then, all resulting in failure because of constant disagreements over rising summer lake levels.

We were not aware of climate change in the seventies but we sure are now.  Thanks to some great work by the Pacific Institute for Climate Solutions at the University of Victoria (www.pics.uvic.ca), we now have very specific climate change projections for our community. 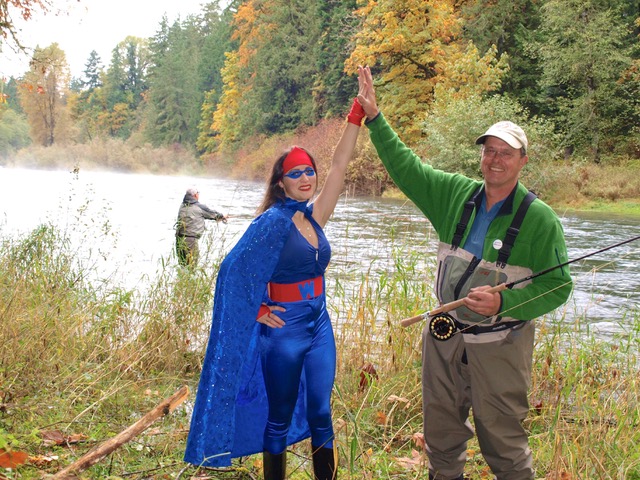 Those predictions say that our summer rainfall, already down by 35% since the 1980’s, will continue to decline by a further 17% by 2050.  Snow pack is also expected to decline significantly due to warming temperatures.  We can expect twice the number of summer days with temperatures in excess of 25 degrees C.  This will increase evaporative losses in the lake.  We have known for several years we have a looming water crisis.  Now we have a plan to deal with it.

Last summer the CVRD received a grant from the provincial government to facilitate the development of a Water Use Plan (cowichanwup.ca).  A Public Advisory Group (PAG) was formed consisting of stakeholders in our community.  The PAG included representatives from all levels of government, First Nations, conservation and stewardship groups, industries and lakefront property owners.  The PAG was supported by an Aquatic and Riparian Technical Sub Group (ARTSG).

I served on both the PAG and ARTSG and attended several all-day sessions over the past 8 months.  The facilitators used a structured decision making process that had us analyzing and rating dozens of performance measures (PMs) that related to the effects of river flows and lake levels on the ecosystem and on community uses.

We rated PMs for life cycles of all the fish in the lake and river, lakefront water inundation, beach access and dock uses at various water levels and flow rates.  River access for tubing, angling and boating were considered.  Water quality and quantity effects were considered for a wide spectrum of lake levels and river flow rates.

We used all of this data to evaluate 24 different alternatives that ranged from doing nothing to raising the weir up to 1 meter and pumping down the lake in the fall if necessary.  In the end, in the final hour of the final meeting on May 8, we reached a consensus agreement with all the stakeholders.

The details of the agreement will be released at a public meeting at the Heritage Hall in Lake Cowichan on June 11th.  It is a compromise agreement that will involve raising the weir and pumping and it should mitigate flooding concerns around the lake while providing critical flows for the entire riparian ecosystem to survive.  Increasing summer storage will also help provide stable, high quality water resources for industry, agriculture and community use long into the future.

This is a critically important first step in the process, but it is only the beginning of a long and difficult journey yet to come.  Having a consensus Water Use Plan, as requested by the provincial government, will enable us to engage with both senior levels of government and move this initiative forward.  We have great support from both MLA Sonia Fursteneau and MP Alistair MacGregor.

The next important step will come this fall.  The CVRD cannot accept any financial support from senior levels of government unless it creates a function to do so.  This new weir will cost 10 to 20 million dollars and we sure don’t want to pay for it ourselves.  There will be a bylaw referendum on the ballot this fall for the municipal elections asking if you would support setting up a function at the CVRD for Water Management services.

Communities in BC that have set up functions for similar uses have had very good results obtaining large grants from senior levels of government.  When we are seen to have done our homework and we are willing to chip in some of our own hard earned cash to back up our concerns, large grants are much easier to obtain.

There is a ceiling in the bylaw of $750,000 that can be taxed to property owners for this function. This will provide stable funding for the Cowichan Watershed Board and for other water quality and conservation initiatives in our community.  Those things are important, and the main benefit of this function will be the ability to accept federal and provincial funds for the construction and maintenance of a new weir, as well as potentially for other water sustainability projects.

There are still several unanswered questions and many decisions to make along the way but we now have a plan.  Without the consensus reached on May 8 we would be nowhere.  We now have a very good chance to save our Heritage River for future generations to enjoy and secure our water for the uncertain future we all are facing as our climate changes.  Be sure to get out and vote for our water this fall.