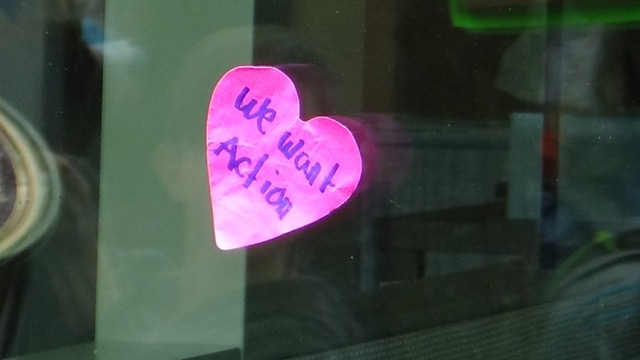 Every time a local council approves another subdivision where people have no choice but to drive, that adds to our emissions. Sprawl also happens to be the most expensive form of development since it requires relatively more roads and more sewers. It also works against public transit, since you need higher densities of people to make that worthwhile.

We’ve known all this for decades, yet councils still approve sprawl. It’s partly inertia – the way it’s always been done. It’s partly what developers want. It’s also because we as citizens haven’t demanded better. Heck, some of us live in those areas.

But time’s up. Climate disruption forces us to change no matter what. Our local governments in Cowichan have a huge role to play in that, from helping deal with the water crisis to shaping more walkable, bikeable, and dense urban areas with accessible amenities that are nice to live in.

Hundreds of other towns and cities across Canada are recognizing the urgency of this moment in history by declaring a “climate emergency” and instructing staff to bring them options for stepping up their game. This includes Vancouver and Victoria, and also smaller centres such as Colwood, Sooke, Saanich and Nanaimo, and regional districts like the CRD.

One Cowichan is joining with dozens of other organizations to ask our five local governments to do the same: North Cowichan, Duncan, Ladysmith, Lake Cowichan, and the CVRD.

Some of those governments have done good advance work analyzing the impacts we face and how we could respond. The 2013 North Cowichan climate action plan, for example, has an extensive list of things local governments should do, including increasing housing density, promoting safe walking and biking routes to school, transitioning the municipal fleet to electric vehicles, and increasing forest cover for carbon sequestration.

In May, a few hundred local students participated in a climate strike in downtown Duncan. They marched over to the CVRD building and placed heart stickers with hand-written messages calling for immediate climate action. These leaders of tomorrow understand the urgency of the climate crisis; it’s high time for today’s leaders to declare that we are in an emergency situation and act accordingly.

Please consider joining this campaign. You can sign the petition asking local governments to declare a climate emergency,and respond by taking action at the pace that an emergency requires. You can also get involved with one of our teams taking action on this issue.

Note: A shorter version of this post originally appeared in the July issue of the Cowichan Valley Voice