View the complete Cowichan Solar Recommendations for Local Governments Report our research team put together in the summer of 2015, after looking at how other communities are implementing solar.

To view video of the Cowichan Solar Tour that took place in July 2015, click here. 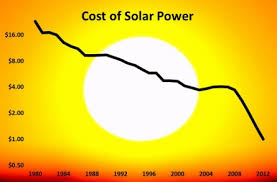 Every hour, our sun provides enough light energy to meet the world’s energy demands for a year. Scientists agree that we must stop burning fossil fuels to slow the effects of climate change. Solar energy offers us a path to a more sustainable future, cutting our carbon emissions and reducing our utility bills.

By using a solar PhotoVoltaic (PV) system, we can convert sunlight directly into electricity for our homes and businesses. These systems are made up of PV “cells” wired together into “panels.” A group of panels is a “solar array.”

Over the past several years, Canada has seen a huge increase in solar systems connected to the utility grid (“grid-tied” systems). Why? One reason is price.

BC Hydro reports that, as of Spring 2015, the Cowichan Valley now leads British Columbia in small-scale solar installations.

So How Does A Rooftop Solar Array Work?

With your solar system tied to the grid, it is now possible to bank your sunlight for later use during darker times—BC Hydro becomes, in effect, a battery.

But Is A Home Solar System A Good Investment? 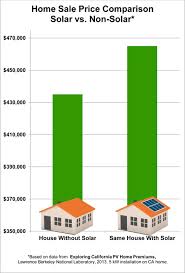 Here are some compelling reasons to invest in solar—

Bottom Line—By choosing a solar future, you can make our Cowichan “Warmland” more resilient and sustainable while you earn dividends.

Halifax’s “Solar City” program acquired a $545 000 grant and a low-interest loan from the Canadian Federation of Municipalities ($5.4 million). These funds are loaned by the city to homeowners at low, long-term interest rates to install solar hot water systems. Along with reducing CO2 emissions, the program’s embedded water conservation effort will save more than 30 million litres of water annually. For more information, see here and here.

Banff charges rent to the utilities that use space under the streets. This money was put into an environmental reserve fund and then spent on energy-efficient rebates, hybrid buses, LED street lights, and solar installations on public buildings. Moreover, Banff offers incentives to households that install their own solar systems. For more information, see here, here and here.

Kimberly’s SunMine is the biggest solar field west of Ontario. Construction started officially in July 2014 as part of a $5.3 million project to make use of a contaminated mine site. Project costs are reduced tremendously as all high-voltage power lines and a substation are already in place. SunMine will hold 4000 solar cell modules, mounted on 96 solar-tracking stands, following the sun's movements and generating electricity. For more information, see here.

Dawson Creek imposed a $100 per tonne levy on greenhouse gas emissions, depositing these funds into the newly created Dawson Creek Carbon Fund. With this money, LED street lights were installed, which use 66% less energy. The city vehicle fleet is being hybridized and solar panels have been installed on many public buildings. For more information, see here.

Gibsons BC Green Team and Sunshine Coast in Transition is exploring the possibilities of a solar co-operative and solar projects. For more information, see here.

T’Sou-ke Nation is producing electricity and hot water from the sun since 2008. Large PV systems were installed on the band’s fisheries office, the band hall and above and beside the community’s canoe shed. Solar hot water systems have been installed on 40 homes and there is a solar powered electric vehicle charging station. 10 members were trained to complete some of the installs and an eco-tourism program invited those outside the community to take a tour of their solar installs. Funding came from 15 different government and non-profit sources including the provincial Innovative Clean Energy Fund, Indian and Northern Affairs Canada and Solar BC totalling $1.5 million. For more information, see here.

Squamish is interested in becoming an official “Canadian Solar City.” The mayor and many councillors voiced support in principle for a motion to work towards this goal and the City is already working on several “Solar City” requirements. One project is an educational booklet about local possibilities for alternative energy. A Squamish Alternative Energy Group is also actively pursuing this goal. For more information, see here, here, and here.