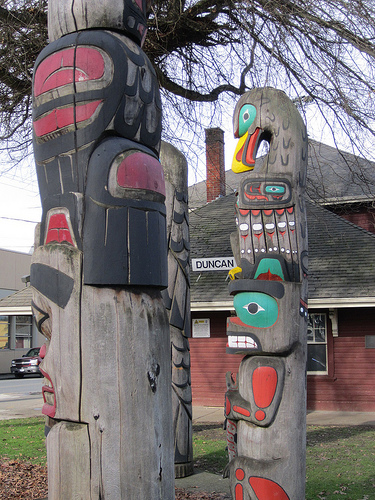 So about you: You want to help make the Cowichan Valley a great place to live, work and play. You believe in holding decision makers accountable to the strong social and environmental values that join us together as a community, and in celebrating this beautiful place - our home. You believe in working shoulder to shoulder with fellow citizens to make our collective voice more powerful.

Our purposes as an organization are:

Learn more about the team and contact us directly.

Time and again, One Cowichan has demonstrated the power of citizens coming together.

The Beginning - A River Running Dry

One Cowichan was born out of the Cowichan River running dangerously low in the Fall of 2012. This occurred due to the mismanagement of the Provincial Government which refused to increase water storage behind the weir at Lake Cowichan as requested by the Cowichan Watershed Board.

As a result, One Cowichan circulated a River Petition requesting the Province remedy the situation right away, and longer term, to give responsible local governments, including First Nations, the authority to better manage our water. We hosted a 200 person community meeting with key actors, including the Province. Shortly after, the Province changed its policy to be able to retain more water behind the weir for longer.

With the Province rewriting the 100+ year old Water Act, it was a great time to allow for local control pilots if written well. During the summer of 2013 we attended local events encouraging citizens to sign a petition asking for public consultations throughout the process of the re-write, as well as have a piece written in allowing flexibility for local control within the new Act. For more complete information on issues concerning our water, please check out Polis and the new proposed Water Sustainability Act.

In 2013/2014, local citizens were very concerned about increased tanker traffic on the coast and more climate change with proposed new pipelines from Enbridge and Kinder Morgan. So, we pledged to join together with allies to lay the foundation for a possible HST-style citizen’s initiative to stop increased oil tanker traffic and to make room for clean energy instead. We signed up 300 volunteers willing to collect signatures in our two provincial ridings when/if a citizens initiative gets called. Enbridge got cancelled, but Kinder Morgan is still very much a threat!

In the Fall of 2014 we ran a campaign to engage local citizens in the municipal elections. We surveyed the public about what they cared about and published a community platform. We surveyed the dozens of candidates about their positions and created a one-stop shop for voters with the answers. We then ran a get-out-the-vote campaign, encouraging people to cast their ballots. We were pleased that a strong group of local progressive leaders were elected.

Solar Capital of BC Campaign

In the Spring of 2015 we kicked off a campaign to make Cowichan the solar energy capital of BC. Building on some great local activity already underway, we want to capitalize on the fact that we live in "the warm land." The technology and cost of local clean energy including solar have made dramatic improvements over the past several years, opening the door to developing energy solutions that not only fight climate change, but make money! Check out our Solar Info page for more and/or read our solar report, "Recommendations for Local Governments" here. You can also watch this video on the first ever Cowichan Solar Tour!

Starting in the late summer into the fall of 2015 turned out to be one of the longest election periods for Canada. After 9 years of scientific, environmental and social programming cuts, stricter security laws, a decline in health care among many other issues the Country including citizens of Cowichan were ready for change. Based on feedback from the community, we organized a campaign for change in government without endorsing any particular party. After a training session in August, 2+ teams were ready to canvass in low voter turnout neighbourhoods to encourage them to vote for change. We commissioned two polls to see where voters stood in May and October, had our first campaign office, shared testimonial videos on why folks were voting and ran radio ads to remind voters of the advanced polling and election dates. On October 19th, we drove citizens to the polls and hosted an election day party to celebrate the results!

With the change in our Federal Government and having elected MP Alistair MacGregor in the Cowichan-Malahat-Langford riding who campaigned on protecting our Cowichan River, we started a campaign to raise the weir at Lake Cowichan with federal climate adaptation infrastructure funds. We kicked things off with a musical concert that also recognized some of the other water organizations in the Cowichan Valley called Sing For Water. We were also able to partner with other water celebrations happening in the same week. Throughout the year, we collected signatures for the Raise the Weir Petition at community events and door to door throughout the year.

BC headed back to the polls and we worked hard to help get out the vote in the Cowichan Valley and Nanaimo-North Cowichan ridings with the #OurElection campaign. Through local events, online videos and white board messages we wanted to hear from citizens on why they were voting. We also ran voter registration booths and handed out "how signs" during all candidate debates to try and hold candidates accountable to how they would deliver on their promises. Overall, the Cowichan Valley riding elected a Green Party MLA, Nanaimo-North Cowichan remained NDP and we saw a change from a Liberal to NDP-Green government for the province.

No to Kinder Morgan

By the end of 2017, things were pretty tense when it came to the Kinder Morgan pipeline expansion project. We hosted a strategy session to see how volunteers in Cowichan could get involved, being that the proposed project was taking place on the mainland. Two teams were developed, one was dedicated to visiting the mainland to support different protests on Burnaby mountain. The first including coordinating a bus load of 56 Cowichan citizens over on March 10, 2018 for the Protect the Inlet march, followed by a local TD Divestment protest and other dates throughout the spring.

The second group organized a local festival called Charged Up! This event brought together various groups, organizations and businesses already doing work to transition us off of fossil fuels. This included a repair table; electric vehicle, bikes and scooters on display; info on bio-diesel, solar, geothermal and heat pumps; student projects including an art installation of collected plastics from the Low Tide Cowichan Bay beach clean up by the Earth Guardians; info booths that highlighted alternatives to plastics, recycling and music!

During the 2018 municipal election campaign there was also a referendum question about creating a Drinking Water and Water Protection Service to improve local water management, including a small levy to pay for this. Local citizens mobilized via One Cowichan to say "yes" to this service with door knocking and online promotional work, including making a video. Voters ended up saying "yes" to the service with a vote of 12,890 to 6,667.

As we've worked on these issues, we've collaborated with other organizer groups to train and empower local leaders to build a network of skilled organizers in the region. We've hosted training sessions in November 2013, July 2014, August 2015, March 2017, and summer 2018 and attended additional training sessions hosted and/or facilitated by Organize BC. We believe in using community organizing principles to bring people together to make change. These trainings help achieve that goal. Some of the people who have gone through these trainings have gone on to hold elected office!