Why Raise the Weir 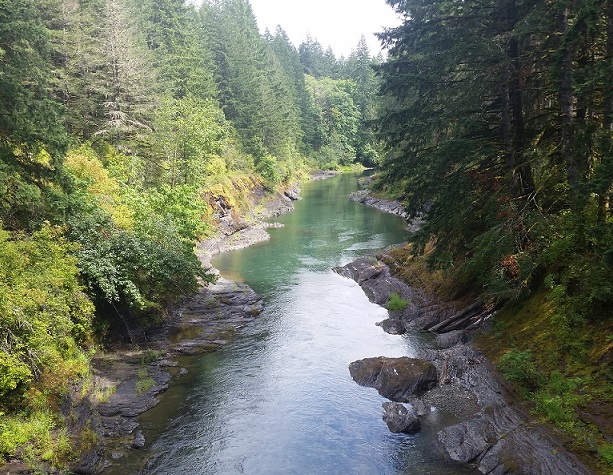 Designated as both a BC and Canadian Heritage River, the Cowichan River is a true gem in the Cowichan Valley. Along with its ecological significance, it is most importantly a large part of the history, culture and customs of the Cowichan First Nation as part of their traditional territory. It has been known as a world famous fishing destination for salmon, trout and steelhead, a hot spot for recreational swimming and tubing, a source of water for drinking, agricultural and industrial use and home to many birds and wildlife.

The Cowichan watershed includes Cowichan Lake along the river to the Cowichan Bay Estuary, including the Koksilah river and watershed and is the responsibility of all those who benefit from it. Throughout the years we have witnessed how human caused climate change has impacted our watershed. Minimal snow pack and unreliable spring and summer rains have led to summer droughts creating serious difficulty for salmon returning to spawn in the fall.

While we are lucky to have a weir at Cowichan Lake to help slow down the flow of fresh water out to sea, it isn’t enough without the 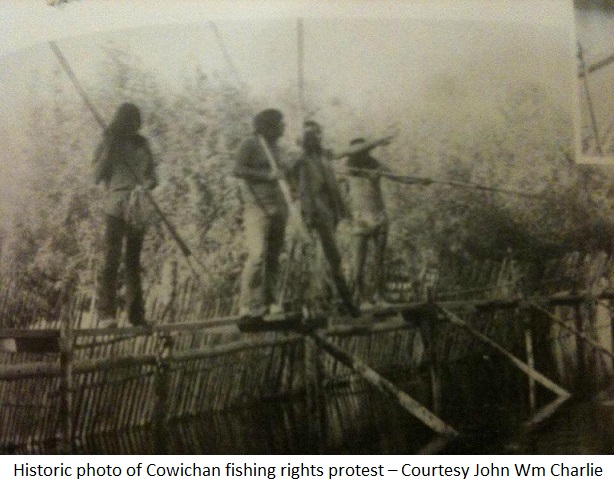 summer rain to top up the lake. Even with the bit of summer rain in 2016, the Lake level is still below what is was the year before due to higher than normal temperatures and little rain during the spring time.

During the winter, the weir doesn’t affect the winter lake level as the high water flows over the top of the weir. The weir only affects the water levels as they start to drop in the spring until the rain returns in the fall.

To adapt to current climate trends, and support the many benefits the Cowichan River brings to our region, we need to store more water.

Representatives within all levels of government, First Nations, industry and citizen groups are working hard together to understand our new climate, and to find workable solutions for both the short term and long term to try and maintain healthy flows in the river.
For additional watershed information check out the Cowichan Watershed Board and the CVRD’s New Normal website for up to date summer drought and water restriction levels, winter flooding and tips on water conservation.

You can also watch Water Woman's Go With The Flow video!

Below we’ve included some additional information about our watershed including facts & definitions.

Diving deeper into the Cowichan Watershed:

The weir at Cowichan Lake is used to control the outflow into the Cowichan River during the late spring into the early fall. From November to April it does nothing as the water flows over the top.

It is 31 km in length. Its average depth is 50 m and its maximum depth is 152 metres. It receives 2.5 times the rainfall of the lower watershed catchment area. About two dozen streams supply Cowichan Lake as well as rainfall and snow pack. There are thirteen fish species. About 6,000 people live in the area. The lake is a swimming, boating and fishing recreational paradise for thousands of visitors each year. It serves as the source of drinking water for the town of Lake Cowichan. It is the reservoir for the Cowichan River. 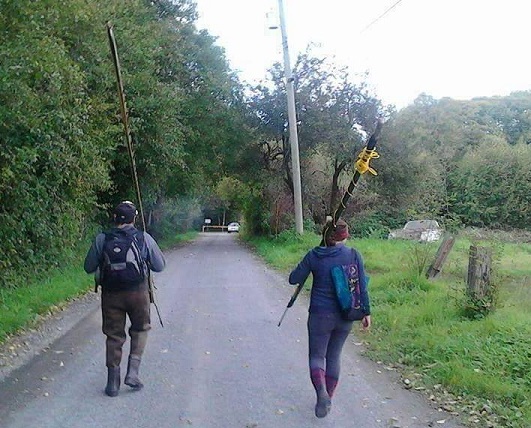 The Cowichan River flows from Cowichan Lake to Cowichan Bay. In 1995 it was designated a BC Heritage River and in 2003 it received Canadian Heritage River status, however it is not considered a federal “protected” river.

It is an important river because:

Built in 1957, measuring 1 meter tall, it is located at the south end of Cowichan Lake. It is only operational, holding water back during the dry season (spring/summer/fall) when the lake is lower. During the winter, the gates are fully open and the water flows over the top. The “control point” that determines the height of the lake during the winter, is a natural narrowing/constricting of the river at Greendale trestle, downstream of the weir. So much of the time, from late fall until spring each year, the weir is referred to as “off control” – since the lake level is above the top of the weir having no effect on flow levels. 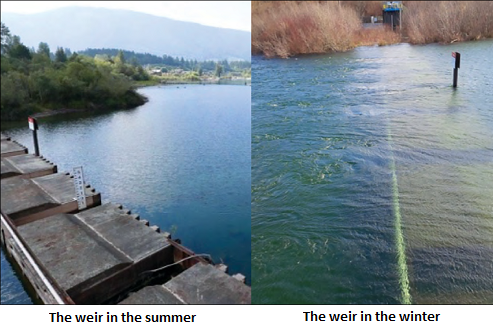 1. To maintain a flow, or discharge, rate of at least 7 cubic metres per second, and
2. maintain sufficient water in the lake as long as possible.

Management of the Weir

Water sustainability is a provincial responsibility. The province has issued the licence for the Cowichan Lake weir operations to Catalyst Paper who also has a licence to draw water from the Cowichan River for their operations and to supply drinking water to the town of Crofton. The point of withdrawal is in Duncan so has no effect on the river flows above Duncan.

Only the Province can temporarily suspend/authorize water usage. Catalyst is actively involved with other stakeholders including the Cowichan Watershed Board, Cowichan Tribes, CVRD, DFO and FLNRO in the river flow management. During drought periods, weekly conference calls take place between all parties to share updates and information on the health and status of the river and to plan short term temporary measures. 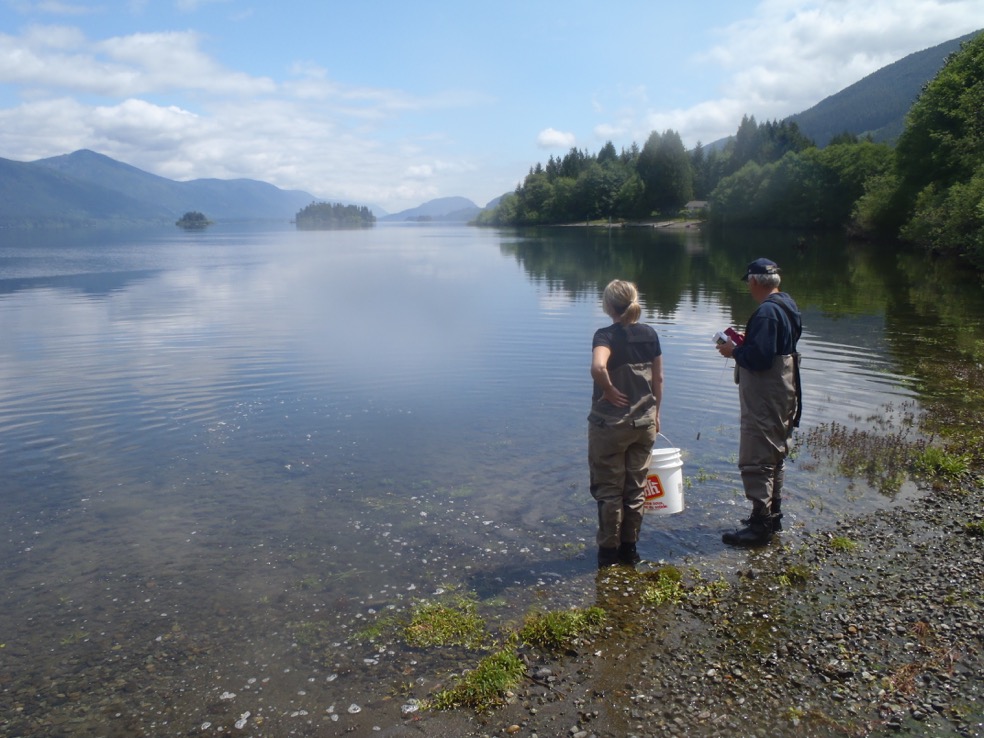 Formed in 2010 as a recommendation of the Cowichan Basin Water Management Plan completed in March 2007, the CWB’s mandate is to provide leadership for sustainable water management to protect and enhance environmental quality and the quality of life in the Cowichan watershed and adjoining areas.

While they do not have regulatory authority, their job is to promote wise water management practices throughout the watershed.

12 members are appointed by the government partners from the CVRD, Cowichan Tribes, Federal and Provincial Governments and is co-chaired by the Chief of Cowichan Tribes and CVRD Chair. Their monthly meetings are open to the public.

The CWB is assisted in its work by a Communications Committee, a Technical Advisory Committee and the Cowichan Watershed Society. 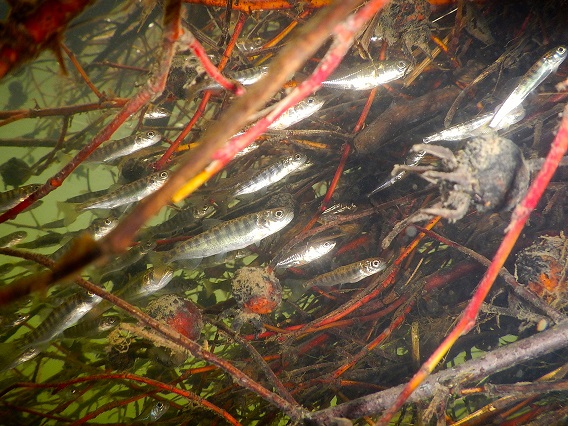 Fish and shellfish in the Cowichan Watershed affected by river flows:

The Cowichan watershed is home to many fish species. The ecological health of the watershed is reflected in the health of its fish. It’s a mutual relationship. Healthy fish make a healthy watershed and vice versa. The main species found in the river and lake are: 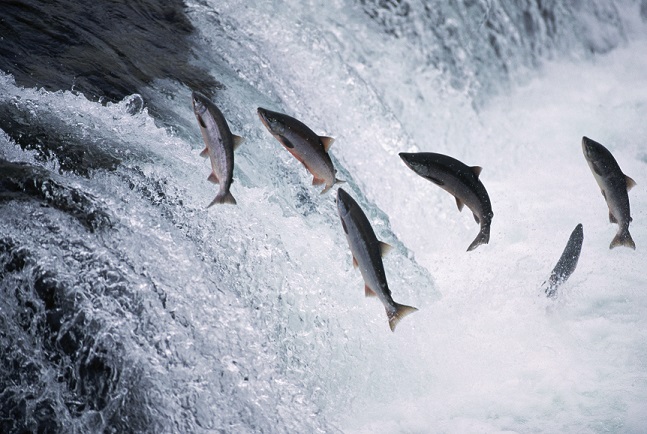 If there is sufficient water in the Cowichan Estuary, salmon that are migrating from the ocean will enter the estuary and migrate up to Cowichan River to spawn.

They live a portion of their lives in the Cowichan Lake. Of the seven main species, four - chinook, coho, steelhead, and coastal cutthroat have reached historic low populations in the past several years. Recently only a few thousand Chinook and Coho have been spawning in the watershed, when in the 1970’s there were tens of thousands. Apart from the occasional claw shell, there is no longer any sign of crayfish, which was an abundant food source for heron and trout. Cowichan Tribes people are not getting the salmon they depend on for their dietary needs. They have stopped fishing to allow the salmon to spawn.