2016 has been quite the year around the world. For One Cowichan, it’s been a year focused on water, specifically on governance and storage. Following our incredible Sing for Water event in April and after multiple strategic discussions in the late winter/early spring, we ran a petition requesting federal infrastructure funds to raise the weir at Cowichan Lake.

This has been a hot topic for many years and involves a complicated process of working out water licensing, building costs, operational management & costs, etc. all between the CVRD, Cowichan Tribes, the provincial and federal government along with Catalyst Mill in Crofton. For more complete information check out this page on why raise the weir.

This got us out in the community again tabling at over 10 events, canvassing door to door and hosting a Cowichan Watershed Tour with Rodger Hunter. We spoke to over 2000 citizens face to face answering questions and gaining support for this to move forward. 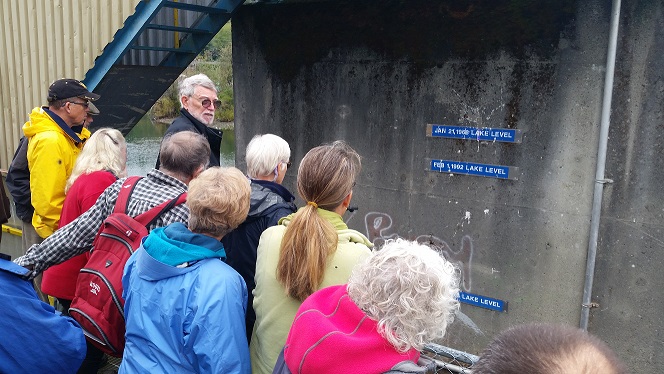 This work will continue on into 2017 as Cowichan-Malahat-Langford MP Alistair MacGregor presents our petition signatures in the House of Commons while the CVRD prepares to host a series of consultations slated to start as early as February. We will share more info as we get it, early in the new year.

In the meantime, the BC election is coming up May 9, 2017 and we need to be ready. We sent out a survey early in November and held the first strategy discussion on November 30th to decide what our goals should be as a citizen’s group. We reviewed the survey results and considered the strategy and goals of past election campaigns One Cowichan has run provincially, municipally and federally.

Everyone agreed that it will be important to:

We discussed doing this by talking to people out in the community and on the doorstep while also using social media, print and radio. 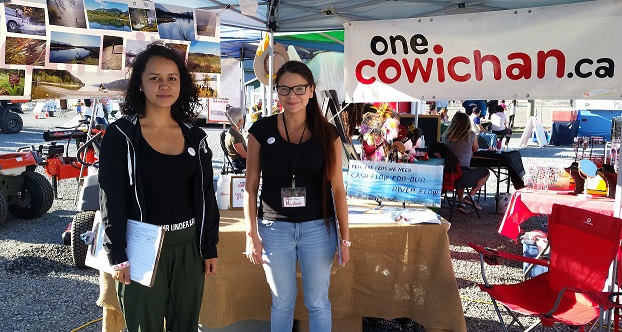 We’d like to continue this discussion in January by engaging more of the community to participate including representatives from other organizations. This includes you!

We need everyone to pay attention to this upcoming election. Decisions made at a provincial level affect us all, every day. Whether it’s issues around environment, affordable housing, health care, education or our local economy; the status quo isn’t enough. Join the conversation around how we can get more people involved through our many channels in the community.

Kinder Morgan was also on everyone’s minds at the November 30th meeting. We helped play a role in defeating Enbridge’s Northern Gateway pipeline proposal this year but now have the Trans Mountain Expansion project to contend with, which is even closer to home. Do you think we should help by partnering with the Dogwood Initiative to stop it? Tell us what you think with this quick poll.

So, it looks like we have a lot to do in 2017! To continue the work we do as One Cowichan, we need you. We are building something special through the hard work, time, resources, skills, humour and passion that you, your family, friends and neighbours put in. That’s what it means to be a citizen’s group. We are what we make it and so far it’s been pretty amazing. 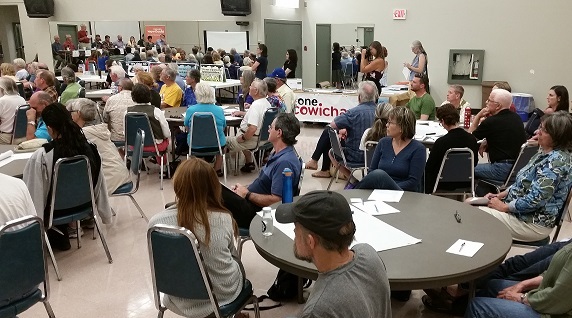 Throughout our 4 years of connecting Cowichan citizens, we’ve done a good job at building our citizen power to hold decision makers accountable to the values that make this place we live so great. We’ve focused on keeping costs low and have been funded through donations by you and primarily through grant funding. 2017 will look differently as our most significant grant funding is up and will not be renewed.

While we don’t have an office, have minimal paid staff and are primarily made up of you, citizens in the Cowichan Valley we do need to raise $80,000 a year to comfortably continue the way we did in 2016.

The most sustainable way to do this is for all of us to become a monthly donor. This will mean we can focus on the work instead of grant writing or hosting fundraisers. You can also make a donation as a gift for this holiday season with one of our e-greetings.

With each closing year, it’s human nature to reflect and plan ahead. After the year the world has seen in 2016, let’s take in the peaceful moments, enjoy great company and be thankful we live in such a wonderful place. 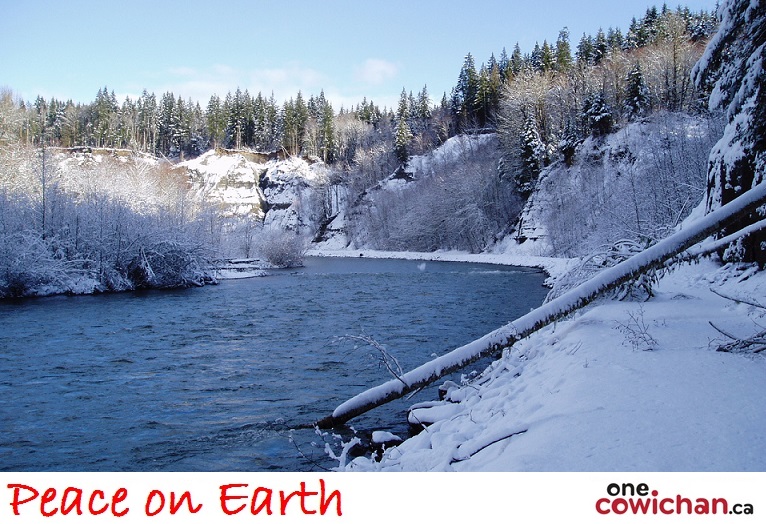