The voters of Cowichan just gave their elected representatives a mandate to do good things. In broad terms, there were two currents swirling around the election, one about what local government can do and one about what it can’t – or shouldn’t. The former turned out to be stronger.

This was most visible in an effort by some to make the election all about taxes, especially in North Cowichan. One Cowichan did a pre-elections survey answered by about 700 people, and while it wasn’t scientific, it did find that most people found local tax rates “about right” and that they prioritized other issues. 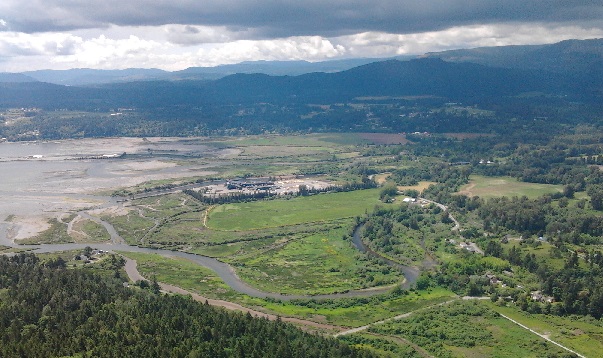 On election night in North Cowichan, with John Lefebure retuned as Mayor as part of a 4-3 ‘progressive’ majority, News Leader Editor John McKinley colourfully put it, that “the tax busting wave that threatened to sweep North Cowichan crashed on the rocks.”

Similarly in Duncan a controversial last minute robocall push by a conservative slate fizzled as flag bearer Martin Barker himself failed to get elected. (Note: this was a mistake in the original blog - these were not robocalls but live calls).

Robocalls were also placed by North Cowichan mayoral candidate John Koury all around the valley – I’ve had reports from people outside his area who got them. Given the public’s association with robocalls and the federal Conservative Party, it will be interesting to read the campaign financial disclosures to see whether there was overlap with that party’s donors and suppliers.

Meanwhile, the CVRD will see a strong, green, progressive, collaborative group at the table. Sonia Furstenau, Kerry Davis, Matteus Clement and Alison Nicholson are newcomers who will all bring that kind of energy along with the experienced directors already there.

And there is no doubt we need it. Cowichan is facing big challenges at the intersection of regional population growth and sustainability that come to a head in issues such as water – the biggest priority identified in our survey.

After this election, the composition of our local governments is a cause for optimism that we will rise to these challenges. We have four years – I encourage those elected to think big, actively engage local citizens, and make real progress.

One Cowichan supporters did a fantastic job bringing this election alive, framing the issues, and getting information in front of voters. Thank you – it’s a pleasure working with you.