The Curious Case Of The Missing Conservative

So here’s a mystery: the numbers show that our new federal riding of Cowichan-Malahat-Langford is very winnable by the Conservatives with the addition of Langford and with the emergence of a stronger vote split here on the Left.

So with all the other parties off and already running, door knocking and more, why don’t the Conservatives have a local candidate yet at this late date? After all, the Conservative Party has a highly professional campaign machine and a big war fund to back it up. 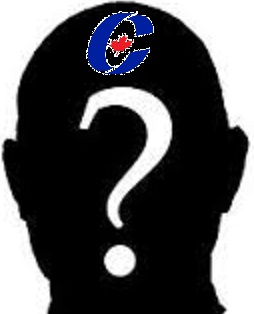 Indeed, three candidates have expressed their interest in seeking the Conservative nomination – Martin Barker, John Koury, and Jeremy Smyth. So why the delay?

The rumour on the street is that Party Central isn’t enthusiastic about any of the three and is holding things up while it casts around for somebody else to run. Even former cabinet Minister Gary Lunn’s name gets tossed around as a prospect, despite having held an entirely different riding before.

This must rankle local Conservatives who heard loud and clear a promise from their party of “fair and open nominations in all 338 electoral districts.”

And, in the wake of the MP next door James Lunney feeling he had to leave the Conservative caucus to be able to express his religious views, it must raise questions about whether the populist roots of the Conservative Party are now dead, replaced by top-down central control from Ottawa.

Every government comes into power saying they’ll do a better job of listening to Canadians, only to become more rigid and less responsive over time. The Harper government is no different, now seeking to micromanage every aspect of what its MPs (and possible future MPs) can and can’t say.

Whoever ends up carrying the Cowichan-Malahat-Langford Conservative flag into the October election – a local or a parachute candidate from away – that person is going to have to contend with a party that is going to dictate every little thing they say during the campaign.

And, then if they are elected into government, you can just expect that micromanagement to continue for four more years, regardless of what the MP’s constituents want.