What Would A Good CVRD Climate Plan Look Like? 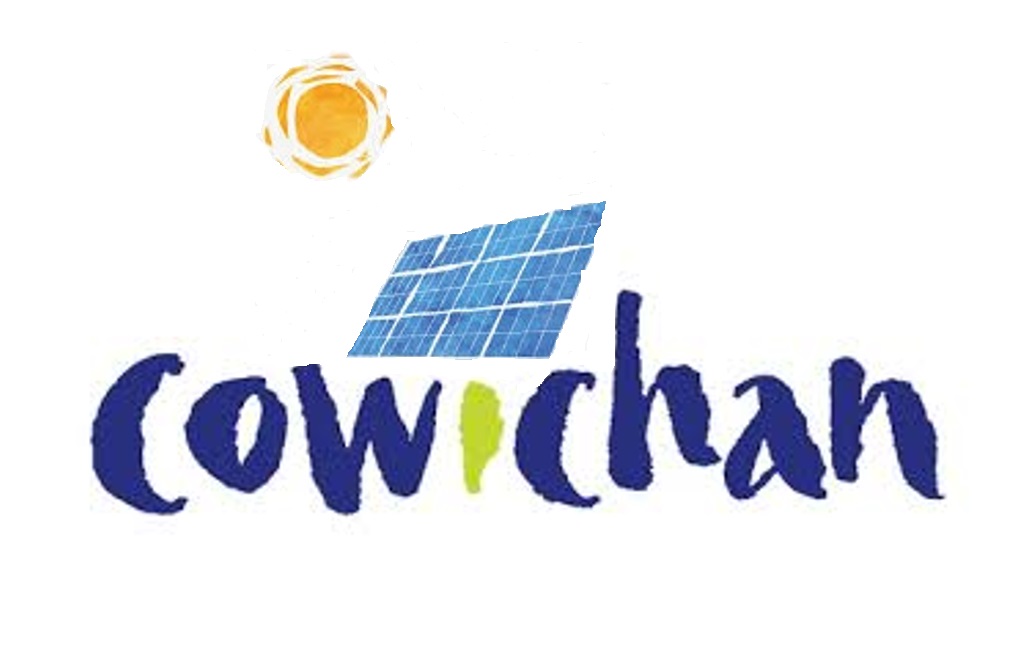 Did you know that the CVRD has a climate target? You’d be forgiven if not, since it’s not featured in many places. But there is one: to reduce emissions in the valley 33% below 2007 levels by 2020 and 80% below by 2050. (Science has since moved on to require cutting emissions in half by 2030 and reaching net zero emissions by 2050).

Believe it or not, it was Gordon Campbell who back in 2008 required that local governments in BC include climate targets when writing new Official Community Plans (OCPs).

This is why the CVRD has a climate target but also why you don’t hear much about it. Featuring it would lead to questions like: Are we meeting it? Or: Do we have a plan to meet it?

The answer unfortunately on both fronts is “no,” although the good news is that the CVRD has made a recent commitment to develop a new climate plan as part of its strategic planning process and in response to a majority vote declaring a “climate emergency.”

To be fair, the CVRD has been doing some good things on climate. It is tackling “corporate emissions,” or in other words the emissions from the vehicles and buildings it owns and operates. It has also done a lot of good work on the adaptation side – studying how climate impacts will affect our valley and how we’ll need to change because of that.

But valley-wide emissions have not been reduced by 33% in line with the target. In fact, they’ve probably gone up. We don’t know for sure since there aren’t any recent public measurements.

The reason they have probably gone up is that our main source of emissions in the valley come from transportation, and this in turn is driven by the decisions the CVRD and other local governments make about development patterns. 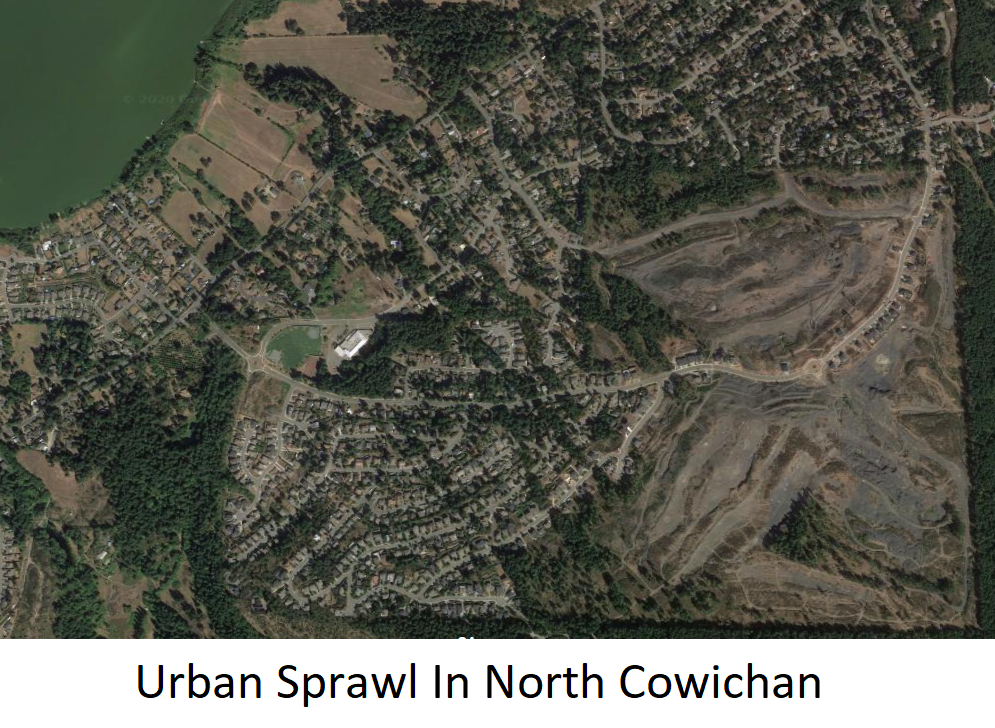 Every time a new subdivision is approved where residents have no choice other than to get in their cars to function, this adds new emissions. The CVRD estimates that 90% of trips in the valley are in personal vehicles, and when you look around at recent development in places like Mill Bay or near Maple Bay, you’ll see that this number is being reinforced by ongoing development patterns rather than reduced. We’re driving in the wrong direction, literally.

And for those who think electric vehicles will save us from bad development decisions, first check out the evidence. Yes, there’s more pickup of EV’s by a minority, but this is taking place at the same time the majority is deepening its love affair with SUVs and trucks. Besides, other than facilitating more charging stations (a worthy goal), it is development patterns that are the main driver of emissions in municipal jurisdiction and local governments need to take responsibility for that.

The negative impacts of sprawl – including upward pressure on taxes – have been studied for decades. And, the local OCPs written since 2008 have in fact referenced the need to shift to more compact development close to services serviced by transit (which incidentally is also the best pattern for building affordable housing).

But there’s a disconnect with what happens on the ground. Legal tools like urban containment boundaries get drawn too big so that they don’t contain much and zoning bylaws to restrict development beyond them don't get enacted. Other tools like a Regional Growth Strategy don’t get used at all. Meanwhile, developers propose more car-dependent developments and get approvals. Emissions continue to go up.

As the CVRD grapples with creating a new climate plan, this pattern needs to change. We need a quantifiable roadmap to emissions reductions and the deployment of specific legal measures and budgets to actually get there. We need consistent annual measurement of emissions and accountability for meeting milestones built into the program.

An example of a quantifiable roadmap can be found in the 2013 North Cowichan Climate Action and Energy Plan. It did a good job of quantifying emissions reduction measures, including by cost. It also did a good job outlining how development patterns will drive emissions reductions – or growth – and the key role that Vehicle Km Traveled plays in whether or not we’re winning or losing.

But missing was the follow through. Like the CVRD, North Cowichan never got to the point of putting into place the tangible and specific measures that drive emission reductions in the community. We hope that will change as North Cowichan has declared its own climate emergency and is developing its own new plan. We’ve also put out a 10-point checklist to help the public evaluate whether local governments are covering the bases of action.

Let’s be honest. These are tough conversations and those involved deserve our respect and encouragement. Change by definition requires doing things differently and that’s always hard. But the status quo is not an option. We can either be pro-active in driving the change we need, or the laws of chemistry and physics will impose change on us. It’s time to act.